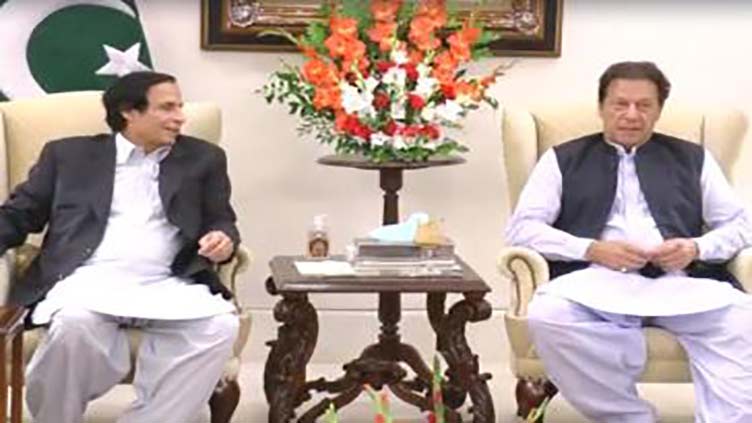 Additionally, CM Elahi also had a one-on-one meeting with Imran Khan. In the meeting, the two leaders discussed various programmes of the provincial government including the Punjab Ehsaas Ration Programme, while theyt also discussed to provide relief to the people of the province.

On this occasion, both CM Elahi and PTI chief expressed their views on the tragic killing of prominent journalist Arshad Sharif and both [Elahi and Imran] demanded an impartial and transparent judicial inquiry. Both the leaders urged the government to fulfill the responsibility in this matter. Punjab CM and the PTI chief expressed their condolences to the bereaved family.

In a one-on-one meeting, Punjab CM and former prime minister [Imran] also expressed their concerns on the economic situation of the country. Imran Khan lambasted the incumbent government and went on to say that the government has failed completely.

Calling the long march a ‘Jihad’, Imran claimed that the public’s passion indicated that his long march would break all records in history.