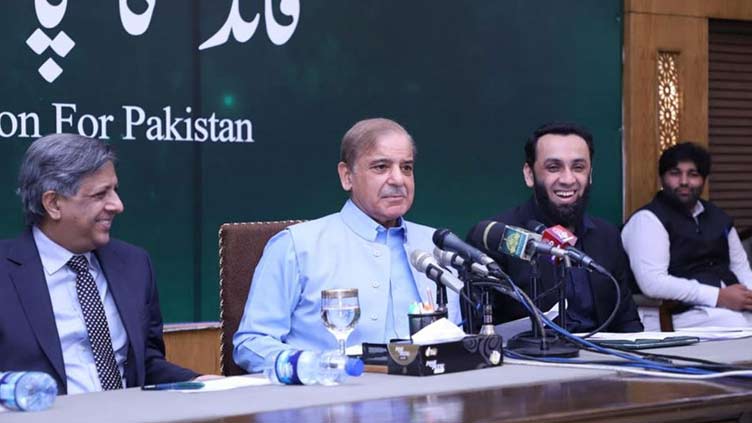 Addressing a press conference in Islamabad day after the Election Commission of Pakistan (ECP) disqualified the PTI chairman in Toshakhana reference, the prime minister also ruled out option of holding early elections and said that the general elections were still 11 months away.

He said that Pakistan has come out of the FATF gray list. “I congratulate the entire nation from the bottom of my heart, adding that it was made possible by collective efforts and vision.” “Pakistan has made unprecedented sacrifices in the war against terrorism and it is the success of all individuals, institutions and authorities who worked day and night.”

The Prime Minister said that the chairman who used foul language and leveled false allegations against his political opponents, now stood as the certified embodiment of falsehood, dishonesty and deceitfulness.

Shehbaz Sharif said that the decision of the ECP over Toshakhana was not a matter of rejoice, but a matter of retrospection as the person who was continuously indulged in mud-slinging had been proved as a certified thief, liar and dishonest.

Imran Niazi had been found guilty of corrupt practices by the ECP, he said, adding that the person was brought to power with the worst kind of rigging.

PM Shehbaz went on to say that Imran Niazi had illegally sold out the precious gifts given by the friendly countries which brought bad name to the country. He said with the ECP’s decision, his stance had once again vindicated that the false allegations and political witch-hunting against them, during Imran Niazi’s tenure, was a result of NAB-Niazi connivance.