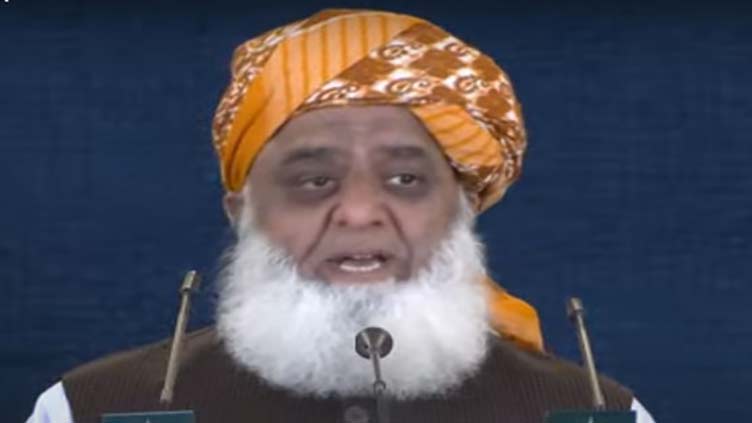 ISLAMABAD (Dunya News) - Jamiat Ulema-e-Islam (JUI-F) Chief Maulana Fazal-ur-Rehman Friday congratulated the nation on the closure of Pakistan Tehreek-e-Insaf (PTI) Chief Imran Khan’s political chapter as he had been disqualified on the charges of misdeclaration in the Toshakhana case by the Election Commission of Pakistan (ECP).

Talking to media persons after the ECP’s verdict against the PTI chief, he observed Imran Khan was an unnecessary element of the country’s politics and he was installed in the politics by the external forces.

He said Imran Khan was not a reliable person as he kept on changing his statements time and again.

“Imran Khan calls other people thieves but he himself has looted money from all over the world including America, Israel, and India. Today, his theft has been captured and Pakistan will get rid of such elements in the future,” he added.

Fazal categorically warned the elements backing Imran Khan in a bid to create anarchy in the country to be dealt with an iron hand.

He proposed that the PTI workers should not create hurdles for the people adding that the JUI-F had carried out many a millions march, but did not disturb the social and commercial life of the people.

He said the reaction, shown on the disqualification of Imran Khan by his unruly party workers, was against the social and political norms.

Fazal made it clear that Imran Khan was constitutionally ousted from the position of prime minister through ‘no trust motion’ and today, he was disqualified due to misdeclaration in the Toshakhana case.