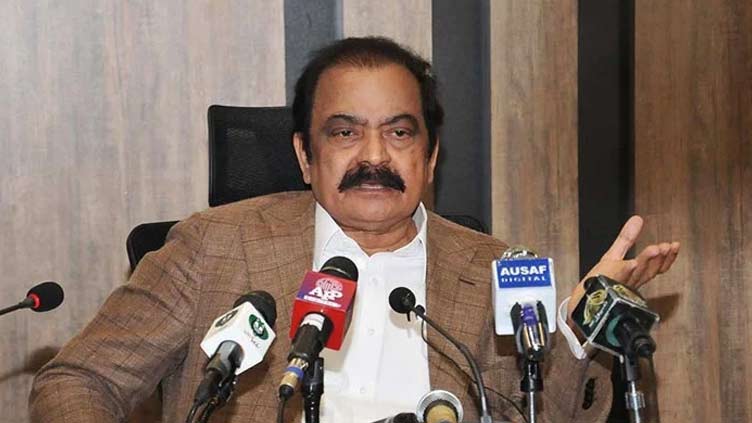 ISLAMABAD (Dunya News) – Minister for Interior Rana Sanaullah said on Friday urged all organizations and parliamentarians of the Pakistan Muslim League-Nawaz (PML-N) to peacefully come out to show solidarity with the Election Commission of Pakistan (ECP).

Addressing a press conference in Islamabad on Friday, he said that he said ECP s decision has exposed Imran Khan s corrupt practices.

He asked parliamentarians and all the organizations of Pakistan Muslim League-Nawaz to take to streets in their respective areas in a peaceful manner to express solidarity with the Election Commission.

Rana Sanaullah said Imran Khan and his cronies should refrain from creating difficulties in people s lives. He said the nation should recognize this maniac and every individual and all institutions should play their due role in eradication of this evil.

The Minister said Imran Khan is pursuing a foreign and anti-state agenda. He said all law enforcement agencies, especially Punjab and Khyber Pakhtunkhwa police, should stand by the state instead of becoming minions to Imran Khan and his cronies.

He said Khan s fake narratives will smash down in the general elections to be held on time after completion of constitutional tenure of the current government.