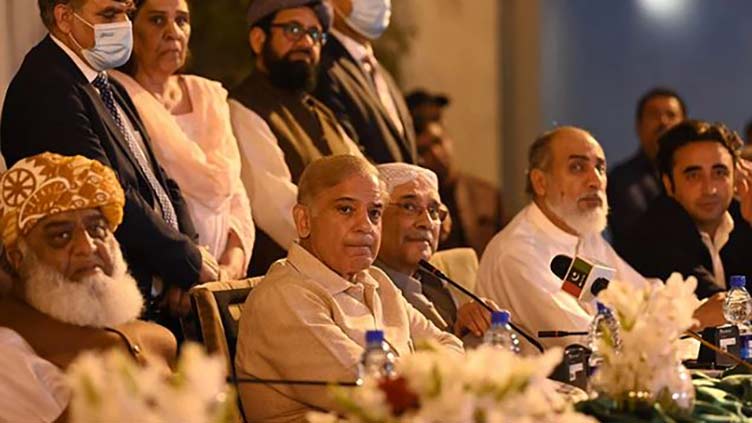 Talking to media persons after announcement of judgment in front of ECP, Pakistan Muslim League Nawaz (PML-N) leader Barrister Mohsin Shahnawaz Ranjha said Khan had initiated politics of allegations and now was himself a proven thief resulting in disqualification from politics and still would have to be accountable for 2018 onward filled returns before ECP.

The PML-N leader further said that Imran Khan was declared guilty of corrupt practices because he had sold gifts he acquired for pennies from Tosha Khana and made the nation fool by labeling allegations of corruption against his opponents.

Speaking on the occasion, Jamiat-e-Ulema (F) leader, Maulana Salahuddin Ayubi said that today was a day of happiness for Pakistan and its people.

Today’s ECP decision had proved in front of the whole world that Imran Khan was no more “Sadiq and Ameen” but a traitor, he said.

The JUI-F leader said that Imran Khan had caused damage to this country and its population.
He has derailed the country’s economy with his wrong policies.

He said “Imran Khan who calls other thieves has been declared as a liar. Now we have to clean Pakistan from a traitor and Jewish lobbyist”, he added.