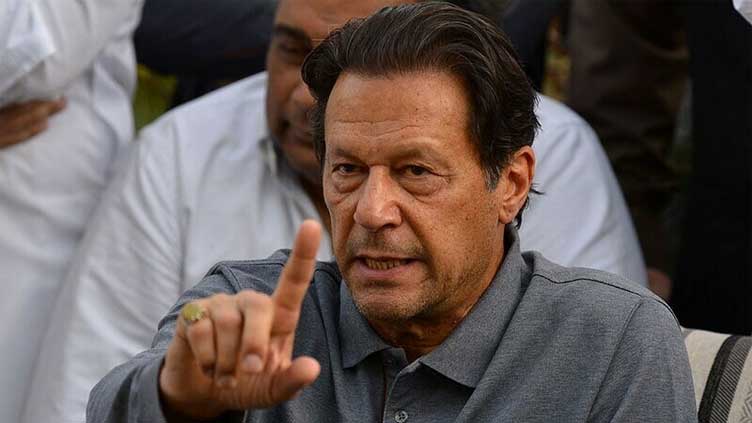 RAWALPINDI (Dunya News) - Pakistan Tehreek-e-Insaf (PTI) Chairman Imran Khan on Tuesday admitted to weakness within his government and said that he will never accept a weak government again.

These views were expressed by the PTI chief [Imran Khan] while meeting the delegation of the Rawalpindi-Islamabad Union of Journalists (RIUJ) and National Press Club Islamabad. During the meeting, the former premier said, for the last 26 years, he has been doing politics of justice for the sake of democracy and people. Talking about his long march, Imran Khan reiterated that the party’s long march for actual freedom (real freedom) will take place this month.

Taking a swipe at PM Shehbaz Sharif, Imran Khan said, “After coming to power, he [Shehbaz Sharif] was acquitted of the cases. When I was in government, the pressure on me increased. NAB and courts were not under my control. Now, the mafias took over the system in Pakistan. They are trying their best to disqualify me, that’s why they are filing cases against me.”

Reiterating that early and transparent elections are the only way out of the current political and economic crisis, Imran said that preparations should be made to carry the movement to its logical conclusion vigorously within the framework of the constitution and law.

The PTI chairman, Imran Khan further said that the political struggle of the PTI is for the supremacy of the constitution and the law, adding that it is impossible to create a prosperous society without the rule of law and justice.

Talking about PTI leader and Senator Azam Swati, Imran said that the culture of lawlessness has flourished and the shameful tradition of violence against Senator Azam Swati and other political activists for mere expression has been revived.