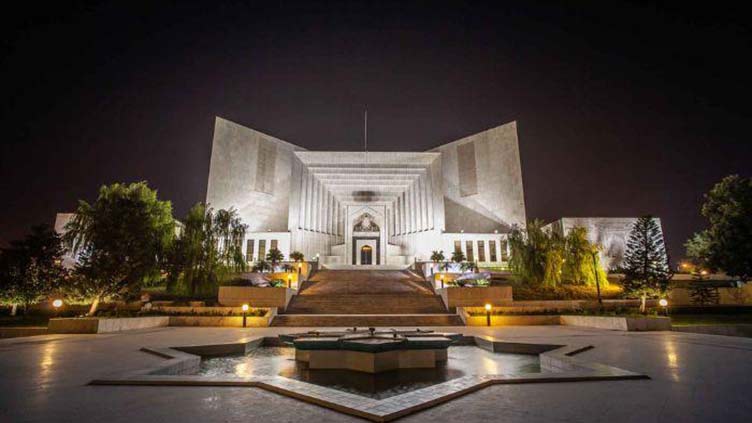 A three-member bench of the SC, headed by Chief Justice Umar Ata Bandial, comprising Justice Ijaz ul Ahsan and Justice Mansoor Ali Shah, heard the PTI s petition against the NAB amendments. During the hearing, Justice Ijaz ul Ahsan remarked, “The NAB Chairman is about to return, if the references are not sent somewhere, the matter will end.”

On this, PTI Chairman Imran Khan s lawyer Khawaja Haris said, “References are returning as fast as they are not going anywhere else. Major cases, including the Rental Power case, were struck down, with recent amendments putting third-party financial benefits out of NAB s purview.”

The Chief Justice said, “We are still looking for criteria to test the NAB law. NAB will be asked where the returning references are going.

During the case, the NAB prosecutor said that "The committees have been formed in every region".

The Chief Justice remarked, “There is a possibility that returned references may be re-filed or go to another court, but every person responsible should be held accountable while the references, records, evidence, information and documents should all be preserved by compiling a list of everything”.

During the hearing, lawyer Makhdoom Ali Khan raised an objection and said, “NAB is not submitting all the records, NAB is only submitting the decisions of the accountability courts to the Supreme Court. What is being hidden from the court is very important.”

During the hearing, Chief Justice Umar Atta Bandial said, “Makhdoom Ali Khan will finally prove that law is there but not punishment. It is being said in newspapers and other circles that there should not be NAB prosecution on some sections, there are also business people in these sections.”

Justice Mansoor Ali Shah said, “How can we make a law and send it to the parliament? Tomorrow, some citizens will come to NAB to investigate the corruption of Rs10. What type of NAB law should be made? How can the Supreme Court determine this? You say that the NAB law contains malice, how can we make a law for Parliament.”

The PTI lawyer said, “The SC has been making laws for Parliament in the past”.

Later, the Supreme Court ordered to secure the records of returned NAB references and asked for the details of all these references. The Supreme Court directed that all records should be digitized. Further hearing was adjourned till tomorrow.