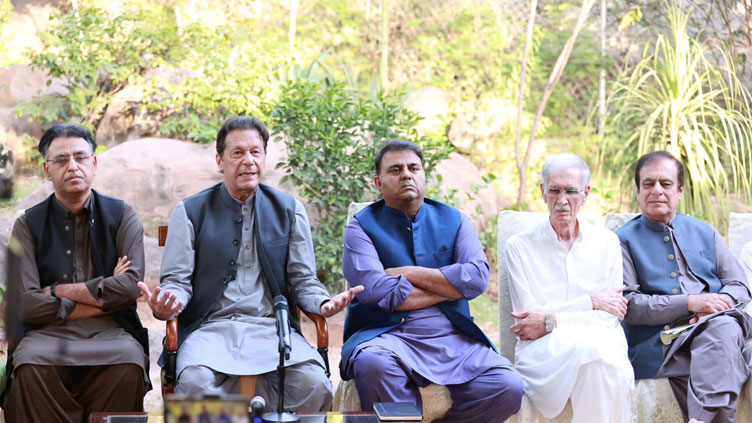 ISLAMABAD (Dunya News) – Former Prime Minister and Pakistan Tehreek-e-Insaf (PTI) supremo Imran Khan on Monday claimed that the PPP candidate in Karachi’s NA-237 constituency won the seat by ‘‘rigging" and demanded the Election Commission of Pakistan (ECP) to hold re-election in NA-237, and admitted that the backdoor talks were held but things remained unclear.

Addressing a press conference in Islamabad, the former PM said that he lost the by-election in NA-237 because PPP openly rigged, adding that as like Daska there should be re-election in Karachi too. "This was not an election but a referendum. The voters knew that we were not supposed to sit in the assembly but people voted for the PTI," Imran added.

The PTI chairman made it clear that the march would be held in October. "I give you a few days. Announce general elections or get ready to face our onslaught," the former prime minister said, adding the establishment as well as the people would come to know on which side the people were on.

Imran said that the PTI planned to approach international organisations to bring to their notice the brutal treatment being meted out to its leaders like Senator Azam Swati and Shehbaz Gill here in Pakistan.

"It is so unfortunate that the Senate chairman did not produce production orders for Swati. We are now mulling moving the Supreme Court (SC) over the issue," he disclosed.