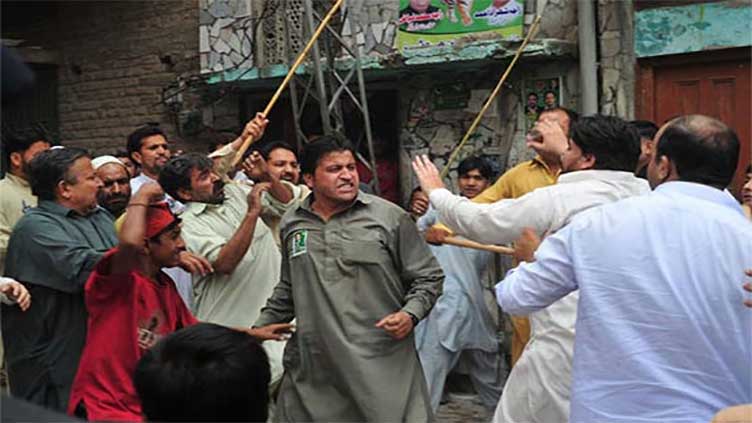 Polling for by-elections on eight National Assembly and three Punjab Assembly seats is underway and will continue till 5:00pm without any interval.

In the polling station of the Municipal Girls Intercollege in Peshawar, there was a bitter exchange between Pakistan Tehreek-e-Insaf (PTI) MPA Asif Khan and Awami National Party (ANP) workers.

The ANP workers got angry on the arrival of PTI MPA at the polling station.

The workers raised slogans against the MPA and there was a bitter exchange between them. The police kicked out the supporters of both the parties.

The polling process was halted for a while but it was resumed after the intervention of the police.

On the other hand, there was a clash between PTI female supporters and the police at the polling stations 18 and 20 of the American Mission Primary School for Women in Faisalabad’s Model Town area.

Meanwhile, the Code of Conduct of the Election Commission is being violated in NA-108 constituency of Faisalabad. Mobile phones are being used at polling booths during by-elections.

The pictures of the voter casting their vote for their favorite candidate are surfing over social media, as people could be seen sharing pictures of marked ballot paper.