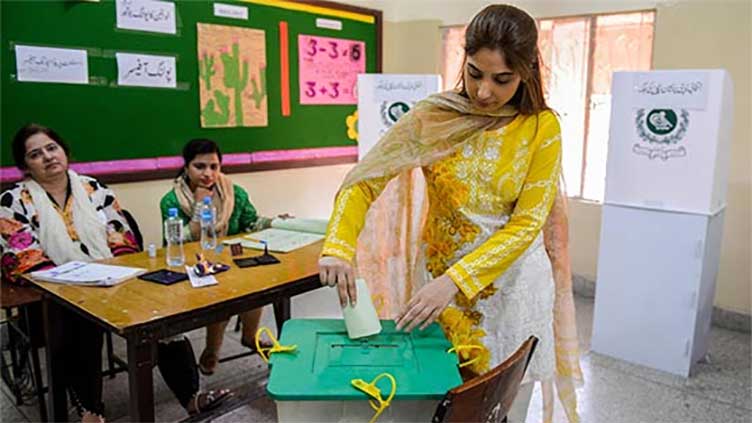 LAHORE (Dunya News) - Preparations are underway for the by-elections to be held on Sunday, while head-to-head competition is expected on eight National Assembly (NA) seats and three constituencies of Punjab.

According to details, Pakistan Tehreek-e-Insaf (PTI) Chairman Imran Khan is a candidate for seven national seats.

Meanwhile, preparations for the by-elections in three constituencies of the National Assembly in Khyber Pakhtunkhwa (KP) have been completed and the election campaign will end tonight (Friday’s night).

On the other hand, in the city of Khanewal of South Punjab, the preparations of the constituency PP 209 by-election are at peak. Eight candidates are participating in the by-polls, while tough contest is expected between the candidates of PTI and PML-N.