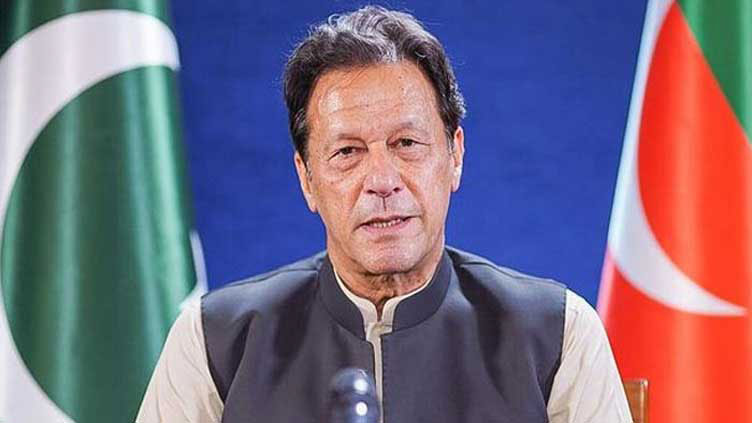 The PTI chief Imran Khan is scheduled to reach Karachi on Friday evening and will address a public meeting in Punjab Ground located in Shah Faisal Colony area of Karachi.

On the other hand, Provincial Election Commission has issued an advisory before Imran Khan s arrival in Karachi. In the advisory, District Monitoring Officer Korangi Khuda Bakhsh has barred Imran Khan from speaking about body elections in Karachi in his address.

Earlier on Thursday, while addressing charged crowd in Mardan, Imran asked why the terrorists are being allowed to enter when the people of Swat and tribal areas have rendered matchless sacrifices.

Imran Khan said that the thieves have pushed the country into quagmire and they have further indebted the nation.

The PTI chairman went on to say one of the biggest reasons for the poverty in the country is that the rulers have plundered country’s wealth and asked the people to vote for Nawaz Sharif and Asif Zardari if they [people] think they [Nawaz and Zardari] are honest.

The former PM while declaring the Election Commissioner a dishonest man said that they [opponents] will cast 10,000 to 15,000 fake votes and we still have to defeat them. He urged the people to start door-to-door campaign and convey PTI’s message.

“I was in power for three and a half years and I challenge anyone to prove any of my theft,” Imran Khan said and asked to look at his three-and-a-half-year record.