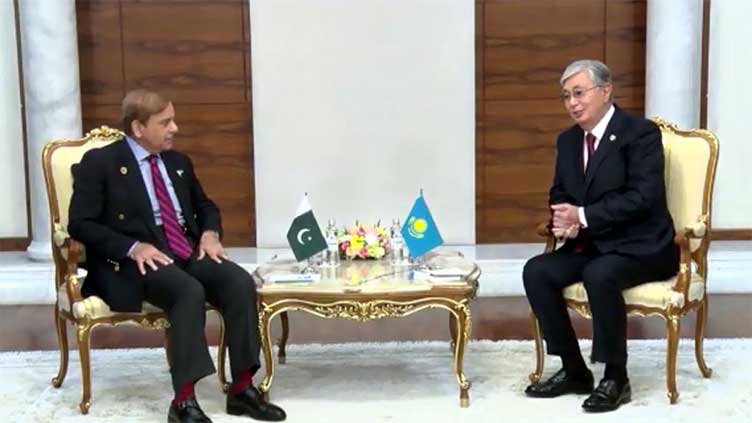 Matters pertaining to promotion of bilateral cooperation and mutual interest were discussed in the meeting.

Earlier, Prime Minister Shehbaz Sharif said the resolution of the Kashmir dispute is essential for peace in the region.

Addressing the 6th Summit of the Conference on Interaction and Confidence Building Measures in Asia in Astana, Kazakhstan on Thursday, he said Pakistan wants better relations with India but it depends on India. Peace will not be established until Indian atrocities end in Occupied Kashmir.

India is using military force in Occupied Kashmir in the guise of democracy, he added.

He said Pakistan is living through a colossal climate induced climate.

The PM stated that unprecedented rains and flooding that have submerged one third of Pakistan are without any doubt the consequence of global warming and climate change.

He said according to initial estimates, the calamity has caused a loss to the tune of over thirty billion dollars.

The Prime Minister said the government has marshalled all the resources at its disposal for the rescue, relief and rehabilitation.

Shehbaz Sharif said though Pakistan is responsible for less than one percent of global carbon emissions yet we are amongst the ten top countries most severely impacted by climate change.

Expressing his gratitude to the countries who extended support to flood affected people, the Prime Minister said Pakistan looks forward to their continued support as the country transitions to the more daunting phase of reconstruction and rehabilitation.

He said Pakistan is determined to emerge stronger from these floods in a short period of time.