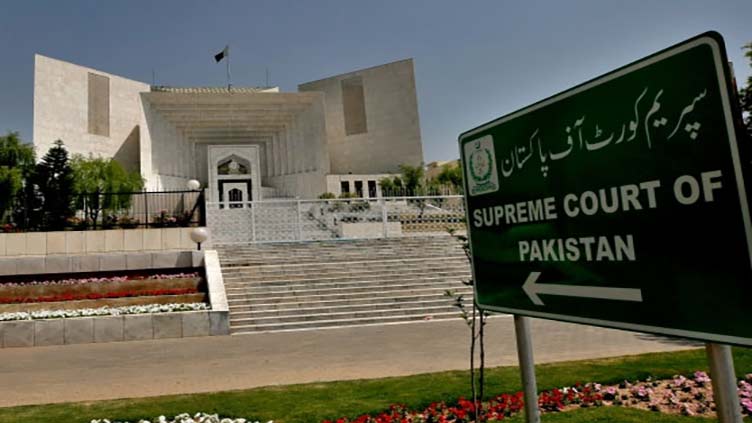 ISLAMABAD (Dunya News) -  Chief Justice Umar Ata Bandial on Wednesday remarked that the organized corruption will be promoted in Pakistan through the NAB amendments.

While hearing the petition of Pakistan Tehreek-e-Insaf (PTI) chairman in the Supreme Court, the Chief Justice remarked, “Decisions are shared in the committees and the cabinet. Will the entire cabinet and the committee be made accused? Who will make such decisions? If Parliament will do everything, the decision-making process will slow down.”

Giving remarks during the hearing, Justice Umar Ata Bandial said, “The case was made without seeing the facts of the LNG contract. LNG-level contracts are at the government level. Several bureaucrats were acquitted in the reference but served jail. Sometimes the situation is not under the control of the bureaucracy.”

Khawaja Haris said, “The decisions of the cabinet and working development parties have also been removed from the NAB jurisdiction. The recent NAB amendments are also against the international anti-corruption convention.”

During the hearing, the Chief Justice remarked, “Having assets in excess of income is considered a crime in the world. Will review the NAB amendments in the context of international standards and local laws.”

Justice Mansoor Ali Shah said that can those who escape from NAB come under any other law?

Khawaja Haris said that there is no other law for abuse of power. After the NAB amendments, it has been made impossible to prove corruption of more than Rs500million. Imran Khan’s lawyer told the court that after the amendment, “Action can be taken only after the financial benefit is proved. For abuse of power, the direct benefit of a public official must be proved. A case will not be made on the financial benefit of the public official’s frontman and children.”

Justice Mansoor Ali Shah inquired, “Whether the amended NAB law would have been challenged if it had come in 1999 in its current state”.

Imran Khan’s lawyer Khawaja Haris said, “Law is challenged as soon as defects are revealed in its implementation. NAB amendments have been made to benefit certain individuals. The first target of the coming of the incumbent government was to end its NAB cases. Should the billions of rupees spent on NAB investigation be allowed to go to waste? Do there have been doubts on the judges of the accountability for not doing justice?"

Later, the court adjourned further hearing till next Tuesday.