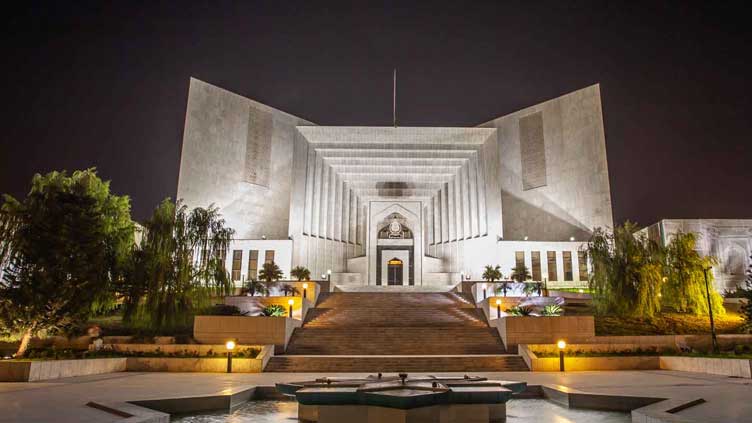 During the course of proceedings, Imran Khan’s lawyer Khawaja Haris, continuing his arguments, took the stand that the plea bargain would be cancelled if there was an allegation of pressure under the amendment. In case of a cancellation, the amount deposited under plea bargains would be refunded, he added.

Justice Ijaz-ul-Ahsan asked whether the cancellation of the plea bargain would eliminate the crime along with the punishment. A plea bargain was a confession of crime in which the court agreed to pay back money as punishment.

Khawaja Haris said that under the amendment, both the crime and the punishment would be abolished. Along with the cabinet and other forums, ministers and special assistants have also been exempted. The amendments would also apply to assets abroad. The entire arrangement had been made through the amendments to protect the accused of corruption, he added.

Justice Ijaz remarked that if the corruption was less than Rs 500 million, the case would also end with a plea bargain. According to the amendment, corruption of up to Rs 490 million was right, he added.

He said that a benchmark of Rs 500 million was made in these amendments.

Justice Mansoor Ali Shah remarked that if the murderer’s crime could be over, then why not the corruption accused.

The Chief Justice asked whether a common man who had benefited from the amnesty scheme could also come on the NAB radar. He said that business people had to pay bribes in many places. He asked would the businessmen be punished for doing business?

Khawaja Haris said that the person facilitating the money laundering of a public official would come on the NAB radar.

Khawaja Haris said that it was the same in the amnesty scheme, the name and amount could not be disclosed. On which Justice Mansoor Ali Shah asked whether he was saying that the amnesty scheme was also fraudulent?

The Chief Justice remarked that according to media reports these amendments were initiated by the previous government. The credit go to the Law Minister for drafting these amendments in two months, he added.

On this occasion, lawyer Makhdoom Ali Khan said that some credit went to the previous government, which itself was involved in the process and then challenged it.
During the hearing, NAB also submitted the details of the plea bargain in the court during the last 21 years.

The court asked how the sentence given by the court could be abolished by legislation? The President could also pardon the sentence in appeal for mercy, but the crime still did not end, it added.

Subsequently, further hearing of the case was adjourned till Monday.