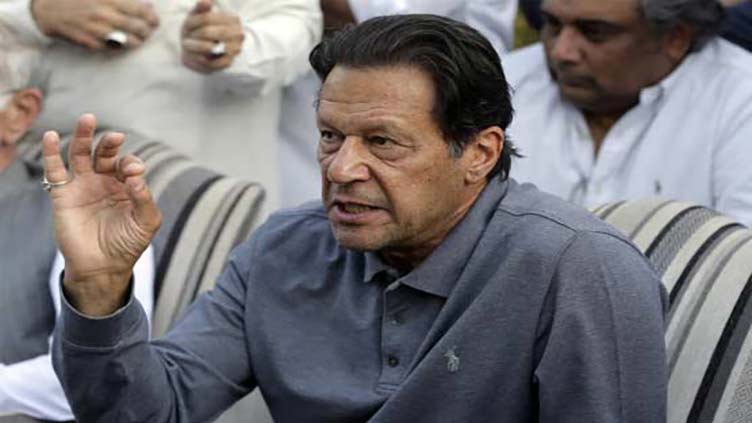 During his meeting with journalists, the PTI Chairman once again demanded ECP CEC Sikandar Sultan Raja should tender his resignation, while Imran also challenged the open hearing on the Toshakhana case and said that the long march is not far away from here. Claiming that the people would head to the long march in large numbers, the former premier [Imran] challenged that no one could stop them [PTI] from staging a long march.

Claiming that due to the PTI, overseas Pakistanis are facing a ban on joining the political party, Imran said that if the overseas Pakistanis are not ‘acceptable’, then there is no need to take remittances from them. Imran asked the ECP to tell what happened with the funding cases of the Pakistan Muslim League-Nawaz (PML-N) and Pakistan People’s Party (PPP).

The PTI supremo [Imran] reiterated that if fair and free elections will not be held, then the country would not bear the consequences. The former prime minister also added that the process of the appointments of the CEC and its members, as well as the NAB Chairman should have to be changed.

"With the Daska election, I came to know that the entire game has been changed. I fully believe that the plan to disqualify me has already been made", claimed Imran.

Taking a jibe at his political opponents, Imran said that he has been saying from the first day that his opponents are not ‘democratic’, but rather ‘criminals’. Imran flayed the incumbent government and went on to say that he expressed his gratitude to the coalition government for making the cypher ‘alive’ again. Expressing his thoughts on the by-elections, Imran said that no matter if rigging happens, the PTI will be ‘victorious’.