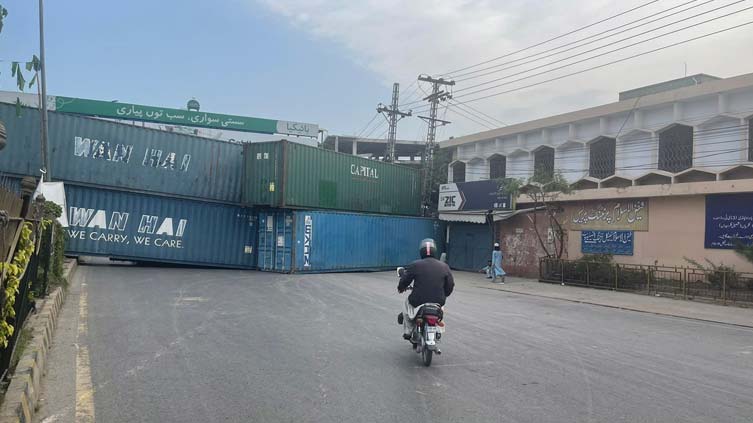 Security high alert as govt on move to deal with PTI long march.

ISLAMABAD (Dunya News) - Government is making security arrangements in the Islamabad to deal with the expected long march of Pakistan Tehreek-e-Insaf (PTI). Containers have been installed in the entrances of the capital while security wall is being built in the red zone area of the city.

To deal with the attendants of PTI long march, the Islamabad police and FC forces will be doing rounds of the city. The police have said that when they will be ordered, they will seal all the entrances of the city.

It is pertinent to mention here that the former Prime Minister Imran Khan has called a meeting to make a plan for the protest and the long march.

PTI Chairman Imran Khan had said in his public rally that Interior Minister Rana Sana and Prime Minister Shehbaz Sharif must brace themselves, as he knows about the plan of the government, but the government does not know the plan of him. "I am planning according to their plans," Imran said.

The meeting of PDM leaders and government allies was held at the Prime Minister’s House to discuss the country’s political situation and PTI’s expected long march. During the meeting, it was decided that the long march would not be allowed to enter Islamabad under any circumstances.