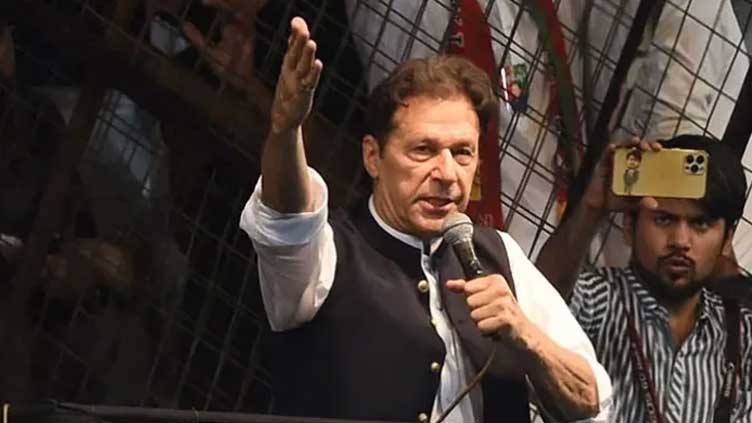 The arrest warrant has been issued in case related to his remarks against Additional District and Sessions Judge Zeba Chaudhry during a rally. The warrant to arrest Imran Khan was issued in the Case registered on August 20, 2022 at Margalla Police Station. In the Case, Sections 504/506 and 188/189 have been filed against Imran Khan. 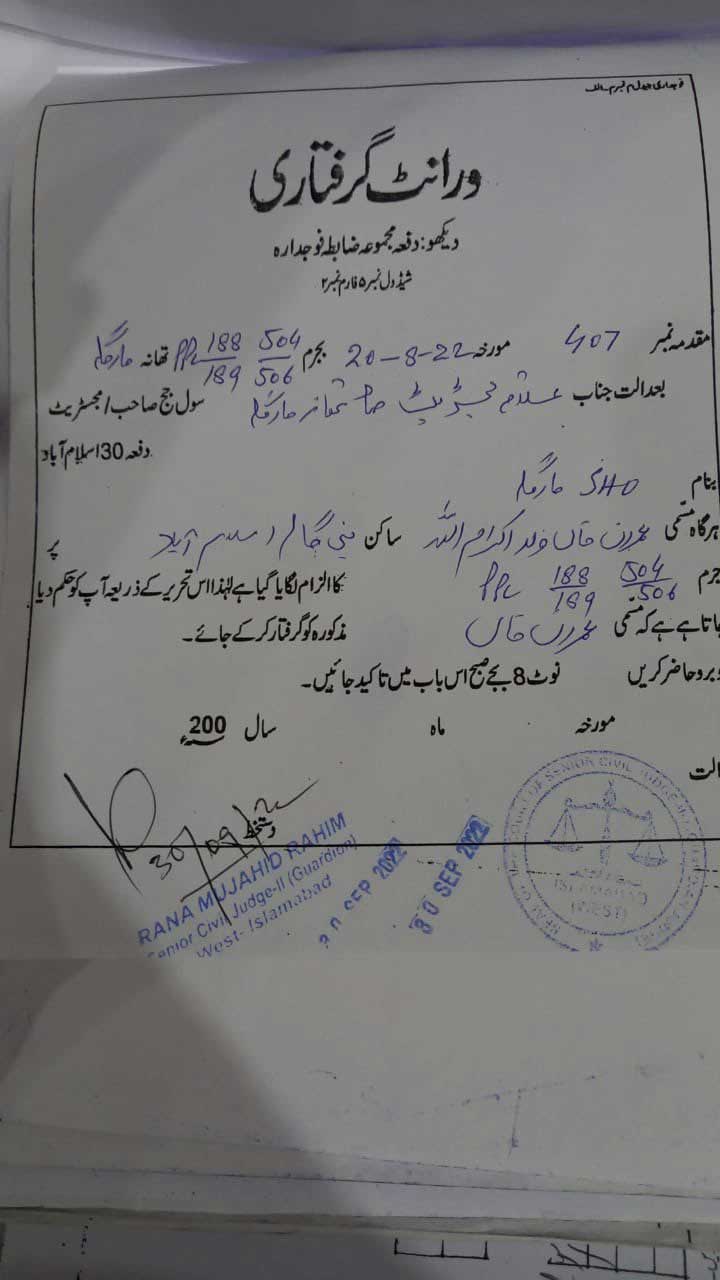 On Friday, Imran Khan appeared before a sessions court to apologise to Additional District and Sessions Judge Zeba Chaudhry in person for his “threatening” remarks.

Last month, the deposed premier was booked in a terrorism case on the complaint of Islamabad Saddar Magistrate Ali Javed for threatening the additional sessions judge of the federal capital, Zeba Chaudhry.

The PTI chief reached the court along with his lawyer Babar Awan, but soon left the premises due to the absence of the judge. Imran, however, asked the reader at the court to inform Justice Zeba Chaudhry that he had come to apologise to her.

“You have to tell Madam Zeba Chaudhry that Imran Khan visited and wanted to apologise if any of my words hurt her sentiments,” he told the reader. The PTI chairman was at the court premises for the hearing of the Section 144 violation case.

He appeared before Additional District and Sessions Court Judge Zafar Iqbal for the hearing and was subsequently granted bail.

On August 23, a three-judge bench had issued a show cause notice to Imran over his remarks against Additional Sessions Judge, Islamabad.

In its written order, the court observed that Imran Khan admitted that he “may have crossed a red line”.

The court noted in its order that the former premier promised never to repeat actions in the future that would hurt the dignity of the judiciary. In view of Imran’s response, the court said that it was “satisfied with the apology rendered by the respondent”.