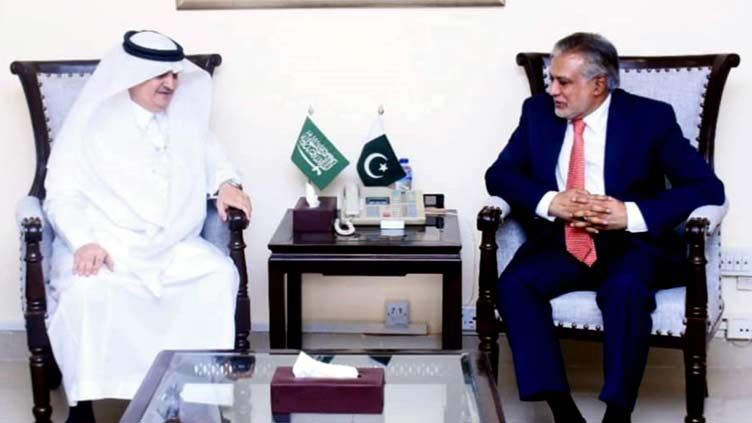 He expressed these views during meeting with Ambassador of Kingdom of Saudi Arabia, Nawaf Bin Said Al-Malki who called on him in Islamabad on Wednesday.

He highlighted the long-standing bilateral relations between Pakistan and Saudi Arabia in various areas. He further shared that both countries have exceptional relationships based on social, political, religious and cultural ties.

On the occasion, the Ambassador of Saudi Arabia, Nawaf Bin Said Al-Malki, congratulated the Finance Minister on assuming the charge. He further acknowledged the long-term relationship and shared the focus of the Kingdom of Saudi Arabia on continuation of mutual investment projects within Pakistan.