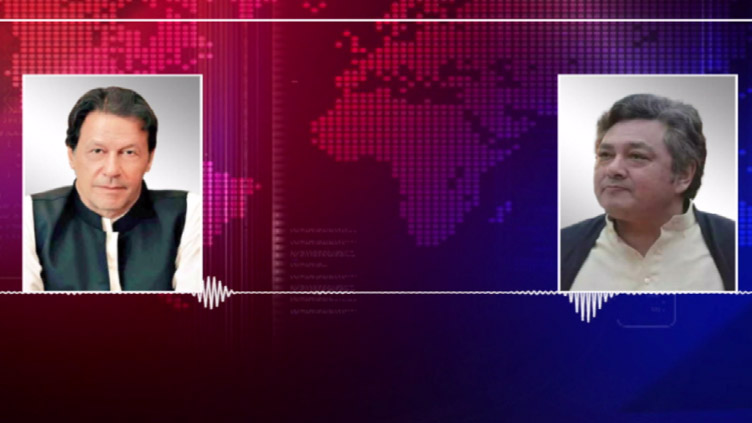 'Let's play with it': Imran tells Azam about US cypher in leaked audio

In the alleged conversation, Imran Khan could be heard saying that we just have to play with it without naming United States.

“So whatever he will tell us, I will type it down and convert it into minutes. After this, we will write the analysis as we deem fit, so it becomes part of the record”, he suggested.

Azam Khan further said that in the analysis, we will say that the language used in the letter is termed a threat and the minutes of the meeting are in my hand as we can draft them according to our wishes.

After listening to his principal secretary’s suggestion, Imran Khan directs him to go ahead with the meeting.

Azam further clarifying his suggestion said that foreign secretary should be called to the meeting so that this thing can be highlighted at the bureaucratic level, not just the political one. “You understand what I’m saying”, he asks PTI Chief.