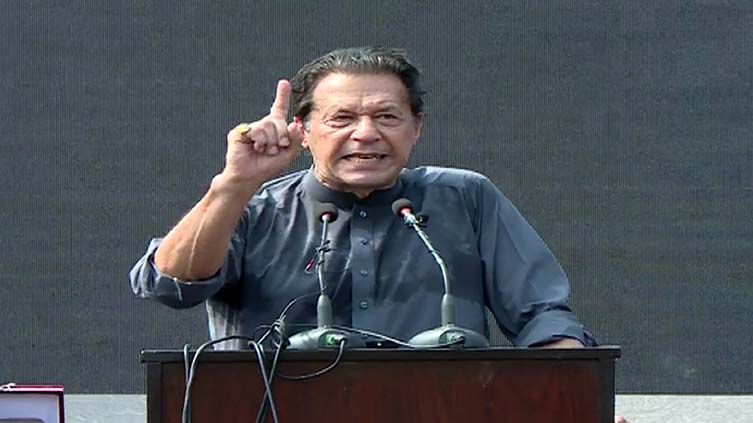 Addressing a ceremony at GC University in Lahore, Imran Khan said due to deals with the corrupt, Pakistan has not prospered as it was expected to.

He asked the masses are we sheep? will we continue to see this game? He also asked the participants of the public gathering to name any country whose three-time prime minister is living abroad.

Commenting on the alleged foreign conspiracy to topple his government, Imran Khan said Donald Lu threatened of strong reaction if the PTI government is not removed. On March 7, Lu threatened Pakistani envoy Asad Majeed and on March 8, PDM tabled a no-confidence move in NA, he added.

Corrupt rulers were imposed on Pakistan again through "foreign conspiracy", Imran Khan said. He said 60pc cabinet members of the incumbent federal government are currently on bails and they have amended NAB law to get relief in corruption cases registered against them.