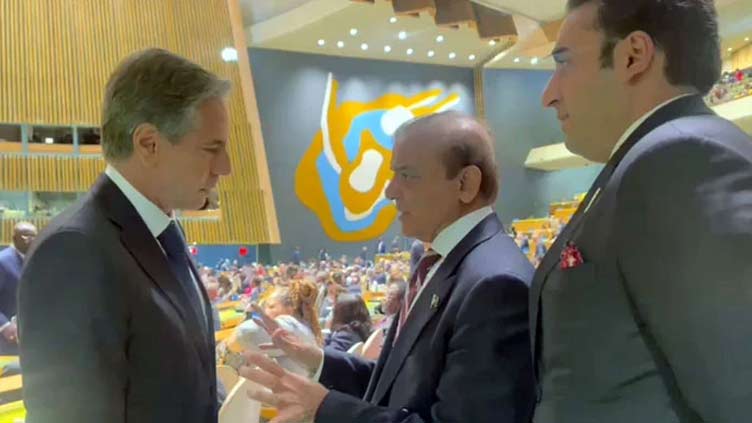 NEW YORK (Dunya News) – Prime Minister Shehbaz Sharif on Friday expressed condolence over death of the father of the US Secretary of State Antony Blinken.

The prime minister, responding to a Blinken’s tweet said his (Blinken) father had lived well a life in the service of others, as was obvious from his own tweet.

“I am sure, he must be proud of you. You and your family are in my thoughts and prayers,” the prime minister wrote on Twitter as he was currently on a US visit to attend the 77th session of the United Nations General Assembly.

“Condolences to Secretary Blinken & his family. Losing a parent is the most testing time in a son’s life at any age. Thoughts and prayers with your family at this difficult time,” Bilawal said who is also accompanying the prime minister.

Earlier, on Twitter, Antony Blinken announced the death of his father Donald Blinken who had served as a member of the US Army Air Corps, a US Ambassador, president of the Mark Rothko Foundation and chair of the State University of New York.