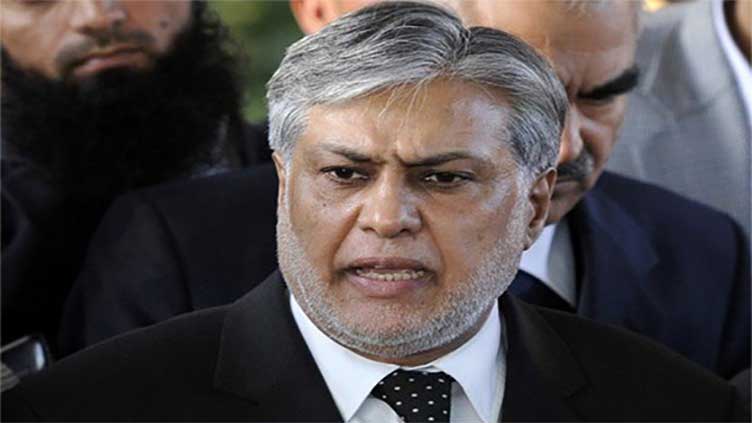 ISLAMABAD (Dunya News) - The Accountability Court (AC) on Friday suspended the permanent arrest warrants of Pakistan Muslim League-Nawaz (PML-N) leader and former Finance Minister Ishaq Dar and ordered not to arrest him when the politician comes to Pakistan.

The Accountability Court Judge Muhammad Bashir heard the petition against the permanent arrest warrants of former finance minister Ishaq Dar today (Friday), in which Dar’s lawyer Qazi Misbah appeared in the court and presented the arguments.

The judge asked whether Ishaq Dar was ill or there was some other problem.

The lawyer informed the court about the reasons for issuing the arrest warrants of the PML-N leader and requested to cancel it.

The lawyer further assured that Ishaq Dar will appear before the court straight after landing at the airport.

Furthermore, Judge Muhammad Bashir inquired the reason for the prosecutor Afzal Qureshi’s absence from court’s hearing. On which the NAB prosecutor told the court that he has gone to perform Umrah.

Later, after a short break, the court while giving Dar an opportunity to surrender, directed that the PML-N leader should not be arrested upon his return to Pakistan and suspended Ishaq Dar’s permanent arrest warrants.