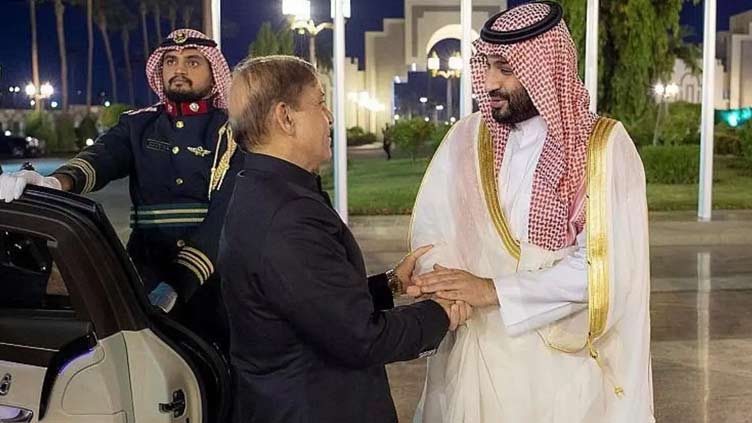 The Prime Minister, in a telephonic conversation with the Crown Prince, conveyed felicitations and greetings for the Custodian of the Two Holy Mosques King Salman bin Abdulaziz and the people of Saudi Arabia.

He also conveyed best wishes for the continued progress and prosperity of the brotherly people of the Kingdom of Saudi Arabia.

The Prime Minister, who is currently in New York to attend 77th session of the UN General Assembly, briefed the Crown Prince about the flood situation and the ongoing relief and rehabilitation efforts in Pakistan.

The Crown Prince conveyed condolences on the loss of precious lives and livelihood of the people caused by torrential monsoon rains and unprecedented floods in Pakistan.

He assured continued support of the Kingdom for the flood affected people of Pakistan.

The Prime Minister appreciated the Kingdom’s steadfast support for Pakistan and apprised the Crown Prince of the progress of ongoing initiatives between the two brotherly countries including a robust economic partnership marked by enhanced investments and collaboration in the energy sector. The two leaders agreed to remain in close contact.