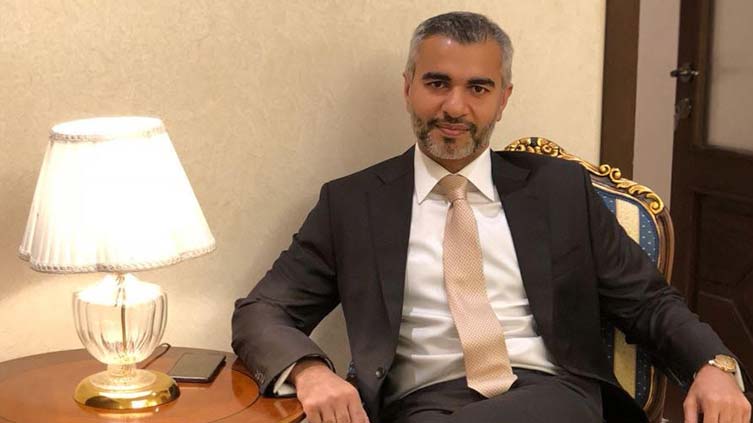 LAHORE (Dunya News) - The Lahore High Court (LHC) has trashed a writ petition filed by the Federal Investigation Agency (FIA) against the orders of an additional sessions judge, which had earlier dismissed perpetual non-bailable warrants issued by a local magistrate against Umar Farooq Zahoor, who is a Norwegian-Pakistani businessman and ex-husband of model-actor Sophia Mirza.

Earlier, it was also reported that former prime minister Imran Khan’s advisor on accountability Shahzad Akbar ordered the FIA to help Zahoor’s former wife and model Sophia Mirza by lodging several FIRs against him, which in turn converted a domestic family dispute between Zahoor and his ex-wife over the custody of their twin daughters into a criminal matter.

The LHC, in the detailed order, observed that the warrants in the FIR against Farooq were issued despite the fact that no summons or notices were issued to him by the magistrate at the foreign address in Dubai where he was residing at that time, as per the requirements of the related provisions of law.

The court also observed the contention of the law officer that Farooq had left the country much prior to the registration of the criminal case against Farooq by FIA.

Meanwhile, it was also highlighted in the court that the said warrants were issued by the concerned magistrate in due haste and without fulfilling the requisite criteria provided in this regard.

The order notes the contentions of the counsel for Zahoor that this was a family matter and was converted into criminal proceedings due to pressure exerted by the persons at the helm of the affairs at the relevant time and that since his client is ambassador-at-large of Liberia, no penal action could be taken against him without ensuring his service through Embassy of Liberia.

Interestingly, it is on the basis of these warrants that the FIA had procured red notices from Interpol against Zahoor.

In an earlier petition filed by Zahoor before the LHC, the court had suspended the operation of the placement of the businessman s name on the Exit Control List (ECL) and issuance of red notices against him, due to the immunity he enjoys — courtesy of his status as the ambassador-at-large of Liberia.

Later, the Supreme Court reversed this order only to the extent of ECL; however, FIA has been dithering upon removing the name of Zahoor from the red list, despite the clear directions of the LHC in a contempt petition filed by Zahoor.

It was also reported that the FIA wrote to Interpol, hiding key facts of the case, in order to obtain red notices against Zahoor.

Mirza has been involved in a custody dispute against Zahoor for nearly 14 years now. The SC has conducted nearly 100 hearings in the case.

The couple’s twin daughters, Zainab and Zuneirah, who are both 15, live in Dubai with their father and have said in interviews they are happy living in Dubai.

Mirza, however, said she would continue her fight until she gets custody of the twins.

Zahoor has maintained that he was "politically victimised" by the FIA on behalf of his former wife who used her connections through Akbar to go after him on false allegations of corruption — including in cases which were closed in foreign jurisdictions.