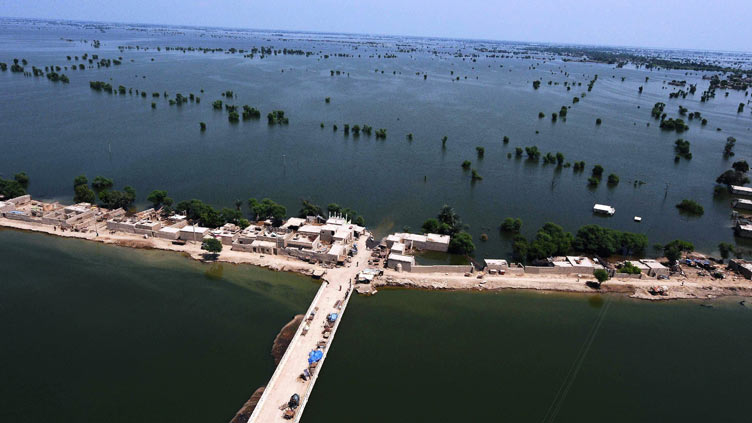 Devastating rains have swept away homes, transport, crops and livestock.

According to details, water level still remains at 121.5RL despite two cuts that were administered by the provincial government to the lake that submerged several nearby villages. Residents of the Sehwan are stuck in their homes as the large parts of the districts remain submerged from past 15 days.

Devastating rains have swept away homes, transport, crops and livestock in Sindh, Balochistan and Khyber Pakhtunkhwa with damage estimated at $30 billion.

Farmers are struggling to make ends meets while other flood affectees are desperately waiting for government aid.

Prime Minister Shehbaz Sharif said on Saturday that millions of houses have been destroyed due to floods and millions of people were looking towards the wealthy people of the country.

Addressing a meeting to review the flood situation, he appealed to the well-to-do segments of society to come forward and make arrangements for the supply of food items for the infants and nascent children in the flood-affected areas.

The prime minister also urged the wealthy to prepare blankets, quilts, and warm clothing as the winter season approached.

Shehbaz urged them to make arrangements on their behalf or supply these much-needed items to the affected areas through well-established humanitarian bodies, provincial departments, and different centers set up by the armed forces across the country.