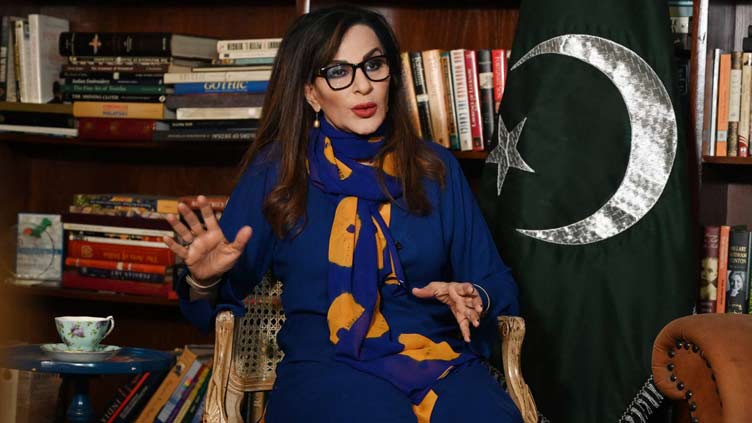 ISLAMABAD (APP) – Federal Minister for Climate Change, Sherry Rehman on Wednesday stressed coordination among all stakeholders to cope with the repercussions of climate change and save the natural eco-system from hazardous impacts of pollution.

Addressing a session on “Building resilience to preserve our common future moderated by Senator Mushahid Hussain Syed she said, despite contributing less than 1% of global greenhouse gas emissions, Pakistan was committed to improving air pollution and reducing emissions.

“In the gigantic calamity of climate change the utmost issue is climate justice; there should be reparations given to countries that are suffering from the effects of climate change caused by excessive emissions of the Global North” she added.
Explaining the situation in Pakistan, she said Sindh experienced seven times the average rainfall in August during the current year.

She further elaborated that 2022 has been the year of multiple climate change catastrophes starting off with heat waves resultantly melting a great number of glaciers in Pakistan’s North to inflicting desertification in huge regions of River Indus delta.

The minister more than 6000 roads and 200 bridges have been ripped apart and we still are evaluating the actual on-ground damage.

Sherry said, “Pakistan is facing the brunt of overconsumption in the west and we want to raise this argument at not just the UN but also at COP 27. Many parts of Asia Pacific will face the same damages in the coming years especially those not adapting to climate resilience.

We’re seeing a situation where all international platforms, including the UN, are perturbed. While reparations are difficult but compensation will be at the center of our climate agenda.”

Senator Mushahid Hussain lamented that though Pakistan contributes less than 1% to global emissions still it is one of the top affected countries due to climate change.

Ms. Georgina Lloyd, Regional Coordinator (Asia and the Pacific) of Environmental Law and Governance at UNEP, explained that we’re in a climate emergency that is affecting Pakistan and the globe. A resilient society needs to have equitable and sustainable development.

Leave no one behind (LNOB) is the central, transformative promise of the 2030 Agenda for Sustainable Development. Environmental rule of law, Green approaches to climate change recovery (ending fossil fuel subsidies, enforcing the polluter pays principle, supporting green jobs, and including green conditionalities in fiscal recovery policies), socially inclusive development, Investment in green economy and Renewable sector are the key pillars to a sustainable future. The green economy can generate more than 2.4 million jobs by 2030.

In this regard, parliaments need to take a 3-prong approach; Legislative, Budgetary, and Oversight Actions towards sustainable development.

Mr Saber H. Chaudhary, Honorary IPU President, MP from Bangladesh, said that we are living in terrible times of Climate Change and Disasters.

He said that Pakistan has just incurred a potential loss of 30 billion dollars. He also said that the future of humanity is faced with water stress and unprecedented loss of biodiversity.

Quality monitoring can help parliamentarians see the progress of their actions and share that Pakistan has signed and ratified all the agreements on climate change.