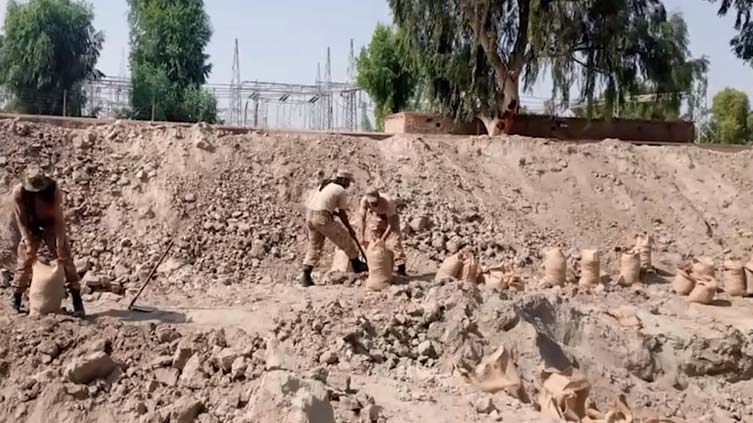 People of the area expressed gratitude to Pakistan Army for this timely action.

DADU (Dunya News) - Pakistan Army and civilian departments have saved Dadu Grid Station from flood water by creating an embankment around it.

After hard work of 36 hours, Pakistan Army Engineers Corps constructed a 2.4 kilometre embankment around the grid station due to which it remained safe and no power disruption occurred in Dadu.

People of the area expressed gratitude to Pakistan Army for this timely action.

Earlier, Prime Minister Shehbaz Sharif on Sunday while taking a notice of the possible threat to a 500KV grid station in Dadu from the flood situation, directed for utilization of all resources to protect the power grid.

The prime minister directed the civil and military high-ups to immediately save the grid station from being affected by the flood.

For the uninterrupted power supply, the protection of grid station was necessary, he added. Upon PM’s directive, three excavators had been sent from Moro city.

The prime minister had been supervising round the clock the restoration and rehabilitation work on the flood-damaged infrastructure.