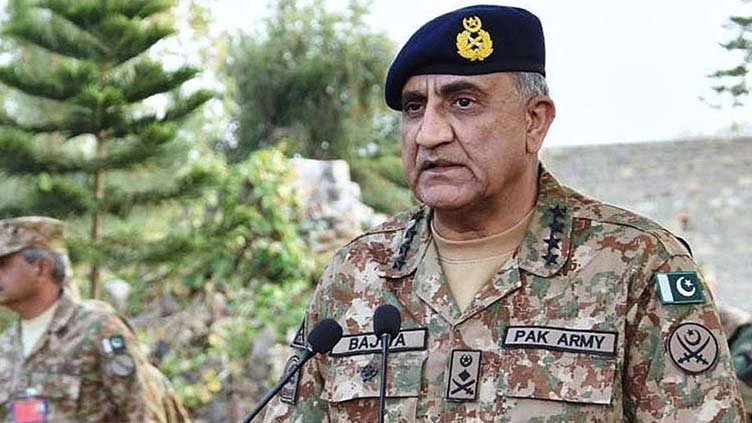 LAHORE (Dunya News) – Chief of Army Staff (COAS) General Qamar Javed Bajwa said on Saturday that the whole world is experiencing the effects of global climate change and our glaciers are melting, the world is being convinced to move towards renewable energy, while more big dams will have to be built in Pakistan.

According to the Inter-Services Public Relations (ISPR), the COAS visited far-flung areas of interior Sindh in Dadu district. He spent time with flood affected people in relief and medical camps and directed the formation for providing 5,000 tents to flood affected people of Dadu and surrounding areas, the Inter Services Public Relations (ISPR) press release said.

Talking to media in Dadu, Gen Bajwa urged the people of the country to help the flood victim generously and said that the world will help to some extent. He said planning will be made to avoid floods, while a meeting of the Chief Ministers of all four provinces including the Prime Minister has also been called next week.

He said, “I have visited all the flood affected areas of Pakistan including Othal, Nasirabad, Rajanpur, Swat, Larkana, Shahdadkot, Khairpur and other areas and the worst disaster in the country has occurred in Dadu. “There is a distance of 100 kilometers between Manchhar Lake and Hamal Lake, but due to the natural calamity, the water of both the lakes have mixed together,” he said and added apart from this area, the rescue work has ended in other areas.

The COAS went on to say that the rescue and relief operation in Dadu is underway, adding that the city has population of around 500,000 but has seen that number double as a result of the floods while it remains surrounded by water.