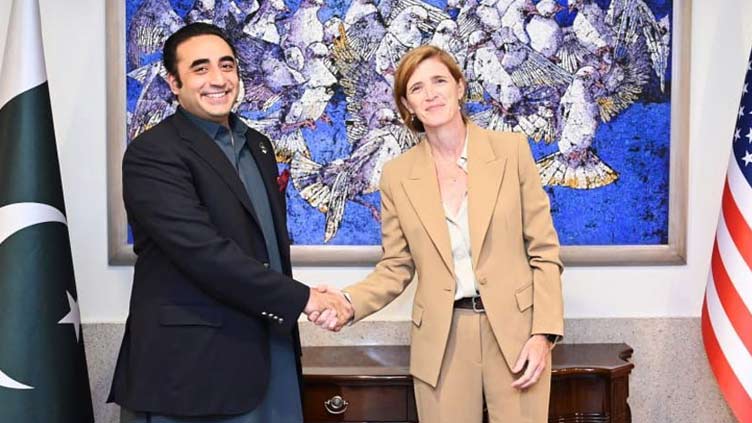 Talking to Administrator of United States Agency for International Development Samantha Power in Islamabad on Friday, he stressed that the developed countries must step up for provision of predictable climate finance for mitigating the adverse impacts of climate change in the developing world.

While appreciating Samantha Power s visit to Pakistan at this difficult hour when unprecedented rains had caused the most severe floods in Pakistan s history, the Foreign Minister welcomed US support and solidarity with the people of Pakistan.

He underscored that Pakistan is among the most severely affected countries due to climate change, especially with less than one percent carbon footprint.

Bilawal Bhutto Zardari underscored that despite Government s full engagement with rescue and relief efforts, continued international support, solidarity, and assistance was required to respond to the devastating impact of this disaster.

The Foreign Minister looked forward to Pakistan and US building extensive engagement on climate change and on tools of climate resilience.

The Foreign Minister thanked USAID for providing financial assistance in the wake of floods.

He expressed hope that having witnessed the first-hand account of the devastation faced by the flood affected population, USAID Administrator Samantha Power would mobilize international community to come forward and support Pakistan in such trying times.

While expressing condolences and sympathies with the flood affected people, USAID Administrator Samantha Power affirmed that the U.S. Administration would extend its full support to Pakistan to help mitigate the disastrous impacts of these floods.