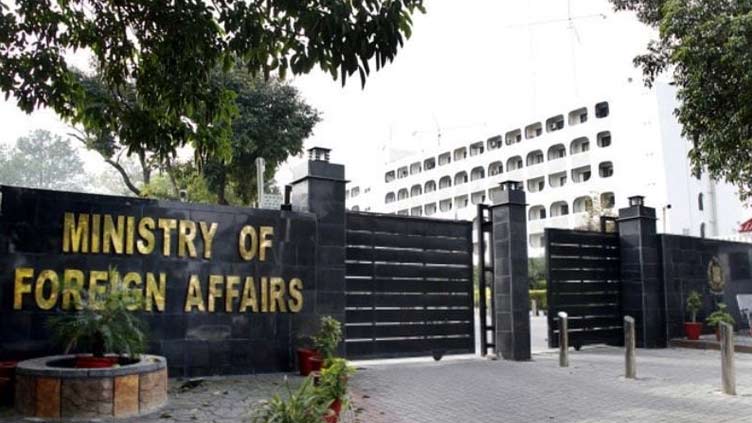 Pakistan condemned the unabated state terrorism and killing of Kashmiri youth by India in IIOJK.

“We condemn this unabated state-terrorism resulting in the cold-blooded murder of innocent civilians. India must be called to account for its grave violations of international human rights and humanitarian laws, its autocratic suspension of civil liberties and continuing oppression of the Kashmiri people.”

“We strongly condemn the extra-judicial killing of a Pakistani national-Tabarak Hussain by Indian occupation forces in Rajouri. To register

Pakistan’s strong protest, Indian Charge d’Affaires was called to the Ministry on 5 September,” he said.

The spokesperson said the government of India had been called upon to share the details of the incident, including a credible post-mortem report to determine the cause of death and undertake a transparent investigation to bring to account whoever was responsible for the murder of the Pakistani prisoner.

To a question, he said, “We have always been ready and willing for a result-oriented and meaningful dialogue that can address the issues that have bedeviled the relationship between Pakistan and India. As you are aware, the Jammu and Kashmir dispute is the core dispute between the two countries. We have always been open and have never shied away from dialogue. It is India that has not been willing to engage in such a dialogue with Pakistan.”

The illegal and unilateral actions that India took in IIOJK on 5th August 2019, and all subsequent illegal actions, further vitiated the environment and seriously damaged the trust that was required for such dialogues, he added.

“We have urged India to take the necessary steps, including the reversal of all those illegal actions in order to create an environment in which a meaningful and result-oriented dialogue can take place. The onus remains on India in this regard.”

To another question, he said there were close and brotherly relations between Pakistan and Afghanistan – the historical, cultural affinities, and the strong spirit of brotherhood was there between our two peoples.

To a question about a proposed deal with the United States for potential sale of F-16 aircraft spares and other equipment to Pakistan, he said, “We think this is a step in the right direction, and it will contribute to further solidifying and strengthening our bilateral relations.

“There is a lot that is happening between U.S. and Pakistan to advance our relations on the positive track.”