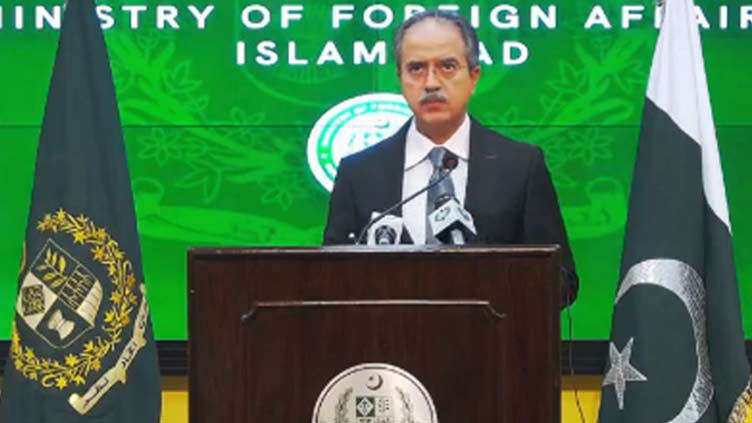 Responding to a question during his weekly briefing in Islamabad on Thursday, he said Jammu and Kashmir dispute is one of the core issues in any Pakistan-India dialogue.

He said Pakistan is always been open and never shies away from dialogue. He said it is India that has not been willing to engage in such a dialogue with Pakistan even after the illegal and unilateral actions that India took in IIOJK on 5th August 2019.

He said all subsequent illegal actions further vitiated the environment and seriously damaged the trust required for such kind of dialogue. He, however, said despite all that dialogue is important and we have urged India to take the necessary steps, including reversion of all those illegal actions in order to create an environment in which a meaningful and result-oriented can take place.

Responding to another question, the Spokesperson said that over 33 million people have been affected due to devastating floods in Pakistan. He said keeping in view the magnitude of the flood devastations; Pakistan needs more international assistance to cope with the challenge.