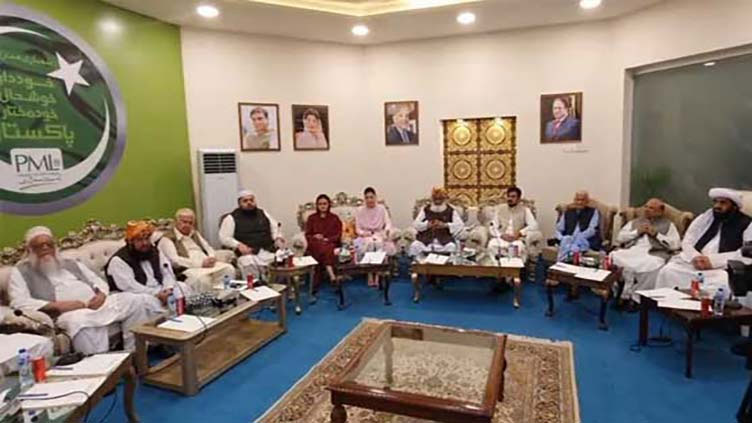 The multi-party alliance, in a joint statement said that respect of leadership of all state institutions will be ensured and elements which are conspiring to weaken the country will be dealt with as per law.

PDM said that Imran Khan tried to make sensitive professional matters of armed forces controversial. Entire nation is battling with floods but egoistic Imran Khan is trying to drive a wedge between armed forces and the masses.

The alliance further said that the country cannot be left at mercy of an arrogant and fascist man.

In a statement, he said Imran Khan’s highly condemnable campaign of defaming institutions and spreading hatred against them is reaching a new extreme every day.

The Prime Minister regretted that the PTI Chairman is now directly resorting to mudslinging and toxic allegations against the armed forces and its leadership on sensitive professional matters.

Imran Khan’s agenda is to stoke anarchy and weaken the country, the premier said.

Zardari in his statement said that the entire nation knows by now who is the real Fitna (evil) of this country.

The PPP leader said that his speech exposed him before the nation. He also lambasted the PTI for staging public rallies when the entire nation is trying to help flood victims.

“This man is determined to weaken the country, but we won’t let that happen,” he alleged, vowing that the government won’t let the state institutions and generals fall prey to Imran’s “lust”.