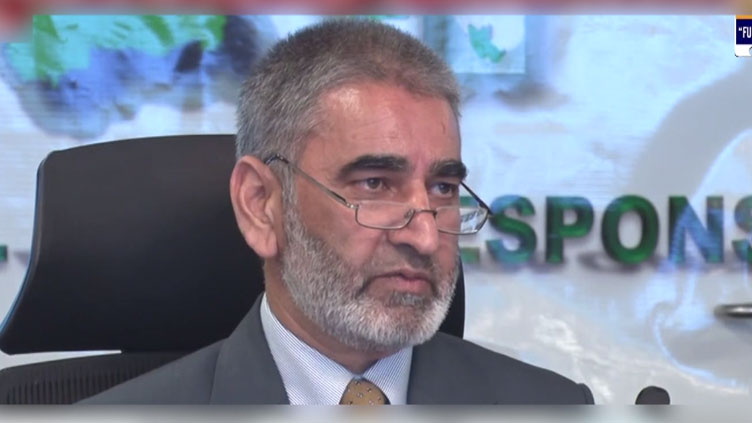 Chairman NDMA said there has been a good international response to the UN flash appeal.

Briefing the media persons at National Flood Response and Coordination Center in Islamabad, Chairman NDMA said that heavy rainfall was expected, but the downpour was exponentially above the forecast, resulting in extreme flooding across the country.

The rains — which were to occur in Khyber Pakhtunkhwa, Azad Kashmir, and northern areas — shifted from their traditional routes and occurred in Balochistan s eastern areas, Southern KP, Punjab s DG Khan and Rajanpur, and across Sindh.

"The rains were extremely heavy in Sindh, which led to an unprecedented situation," he said.

He said rescue and relief operation is continuing in flood affected areas and they have provided four hundred and twenty thousand tents and keeping in view the heavy demand of tents, an effort has been made to build the capacity of tent manufacturing.

He said fifty-seven thousand and four hundred food packages have been distributed amongst the flood victims.

The Chairman NDMA said there has been a good international response to the UN flash appeal for the assistance of flood affected people. He said twenty-nine relief goods flights have been received over the last four days.

These included ten from Turkey, eleven from the UAE, four from China, two from Qatar and one each from Uzbekistan and France. He said these flights carried goods such as 2728 tents, ninety-eight tons food packages, fifty boats and fifty-six tons medicines.