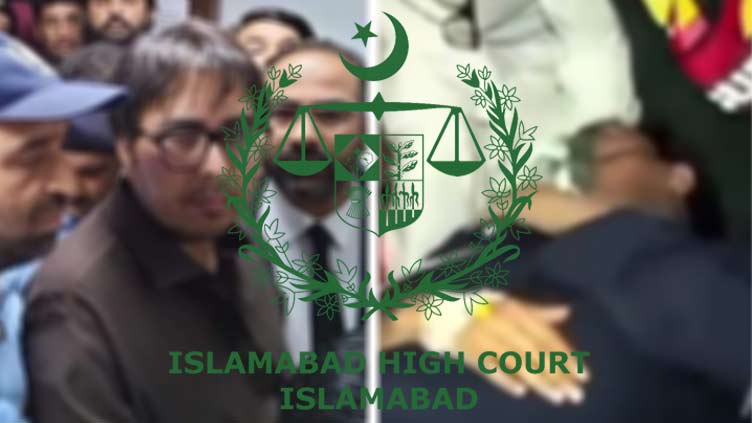 The chief of staff of the former prime minister and PTI chairman, who was arrested by Islamabad police in a sedition case last week, had been handed over to the Islamabad police late on Wednesday, following the order of the sessions court.

Acting Chief Justice of the IHC Justice Amir Farooq took up the case filed by the counsel of the PTI leader alleging torture in police custody.

During the proceedings, the court summoned the IG Islamabad to the rostrum and asked if Gill was tortured in police custody to which he said that there was no truth in the allegations of torture on Shahbaz Gill.

The court ordered the IG Islamabad to investigate torture claims.

The court had sent Shahbaz Gill on two-day physical remand in the verdict.

On August 9, Gill was arrested by Islamabad Police outside
Banigala Chowk on charges of “making statements against state institutions and inciting the people to rebellion.”

On the other hand, a six-member medical board had been constituted for the treatment of PTI leader Shahbaz Gill, a day after he was shifted to the hospital for his medical tests before being handed over to Islamabad police on physical remand.

The six-member medical board included doctors specialized in cardiology, pulmonology, medicine, neurologist and others.

A medical report has been submitted to Islamabad Session which states that PTI leader Gill is suffering from phobia, anxiety and asthma.

As reported earlier, Gill’s situation was stable and he was not diagnosed with a heart problem. A night before his ECG was not normal as anxiety can also trigger heart palpitations.

The PTI leader was shifted to PIMS under high alert security while a medical team has been formed comprising heart, lung specialists doctors and medical officers.

Sources privy to the matter said that Imran Khan ordered to create an emergency situation to immediately shift Shahbaz Gill to a hospital. The former PM was told that this is illegal and cannot be done but he responded by saying that he does not care about the results.