Pakistan willing to help US, China iron out their differences: PM Shehbaz 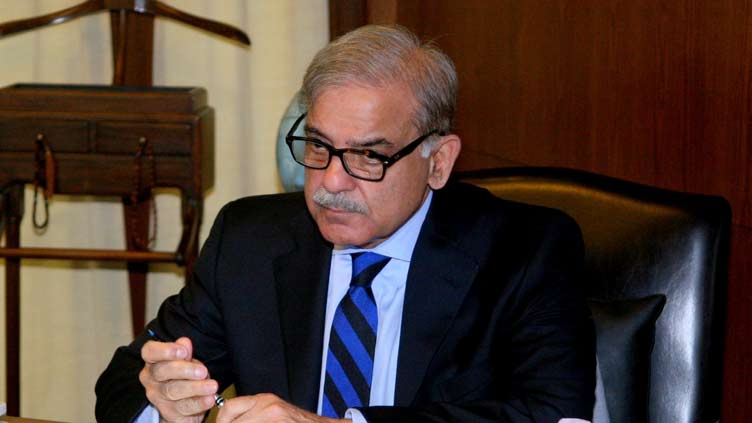 Pakistan willing to help US, China iron out their differences: PM Shehbaz

Pakistan willing to help US, China iron out their differences, says PM Shehbaz

LAHORE (Dunya News) – Prime Minister Shehbaz Sharif said on Tuesday that the world cannot afford another cold war and Pakistan was willing to help the United States and China iron out their differences if the two global powers wanted Pakistan to play a diplomatic role between them.

While giving a special interview to the international organization, the Prime Minister said that Pakistan has traditionally maintained good relations with China and America and if Beijing and Washington want, Pakistan will be happy to play a positive role to end their differences as we did in the past.

He said that Pakistan believes in cooperation instead of conflict, this should be the main driving force of international relations. The world cannot afford another era of Cold War or bloc politics. “I believe that the effects of the Coronavirus pandemic and the major crisis of Ukraine s war with Russia will have serious consequences on the global economy,” he said and added developing countries like Pakistan are already facing global impacts for socio-economic well-being and we do not want to add to the challenges posed by global antagonism.

“Pakistan wants friendly relations with all major powers of the world including Russia.”

Shehbaz Sharif further said that former PM Imran Khan was removed constitutionally through a no-confidence motion and took over the reins of the country, adding that all the political parties of the country agreed on minus Imran Khan and wanted to form a coalition government and solve the urgent problems faced by the people.

He also spoke about the regional problems since the departure of international forces from Afghanistan in August last year, saying the world community should continue to engage with the war-torn country and unfreeze its financial assets in view of Afghanistan’s precarious humanitarian and economic situation.

“We will continue to impress upon the Interim Afghan Government the importance of taking demonstrable actions on its commitments including those relating to inclusivity, respect for human rights of all Afghans, including girls’ education, and effective counter-terrorism action,” he added.