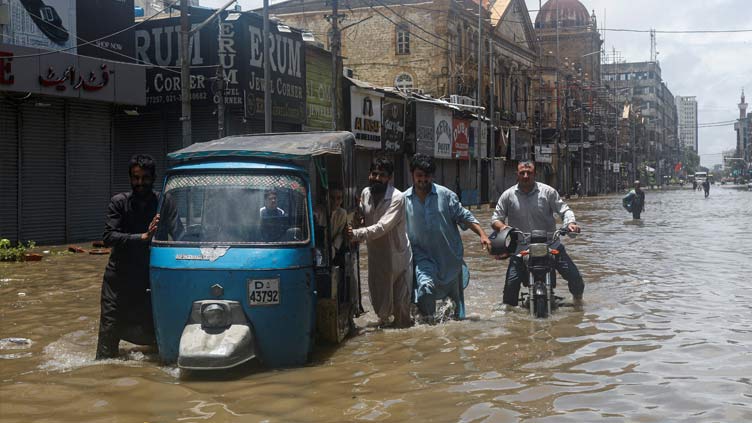 BIEK has postponed the examinations scheduled for August 13.

According to details, after the rain, roads were flooded, cars submerged and commuters struggled to reach their destinations.

Due to the current wet spell in the metropolis, the Board of Intermediate Education Karachi (BIEK) has postponed the examinations scheduled for August 13.

On the other hand, heavy rains have wreaked havoc in other parts of Sindh and Balochistan killing at least five more and injuring at least 20 others.

According to details, three including two women were killed in lightning strike in Badin and Tharparkar while in Balochistan’s Qila Abdullah, flash flood claimed two lives and 20 others went missing when a tractor-trolley sank.

Warning have been issued through mosques in most affected areas while people were forced to abandon their homes and seek refuge on hills.

Meanwhile, Government of Sindh has declared nine districts of the province as calamity hit and a notification has also been issued in this regard.

Relief and rescue operation of Pakistan Army and other agencies continues to save precious human lives.