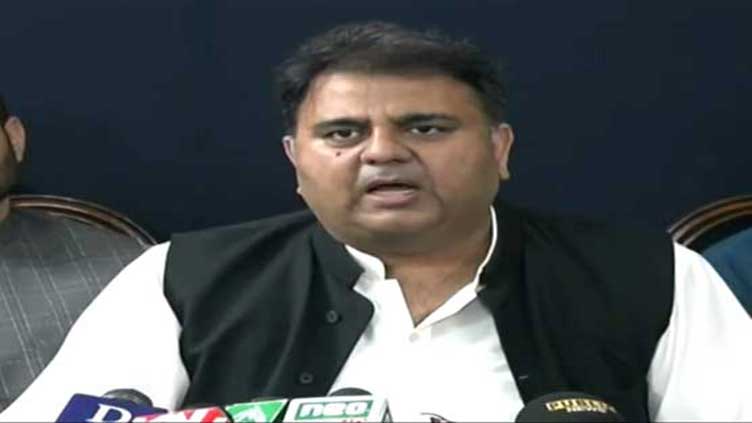 While talking to the media in Islamabad, Fawad said there will be a grand gathering in Lahore on August 13, adding that the people of Lahore will prove their true support for PTI. There is also an open-shut case of money laundering of 24 billion rupees, but he is sitting in power while his son was also made the chief minister, against whom cases of irregularities are pending, he added.

Fawad asserted that Pakistan’s progress was directly dependent on its army, clarifying that that was exactly what the PTI chairman also wanted.
“Whatever Imran Khan has done for the country, it is for the public and Pakistan’s public and army are not separate […] the army is a part of the people.”

Hence, he went on, all the efforts to create a divide were “absurd”. “And the way it has been executed is very disappointing,” the former minister said, adding that a new era of atrocities and barbarism had been launched in Pakistan.

“Those who create a difference between Pakistan Army and us are foolish people who will face failure. Fawad Chaudhry said that the present cabinet is not able to go out because people take off their shoes when they see them, they have increased the electricity prices so much that the poor can’t live.