Arrest of Gill illegal, narrative of spat between Army, PTI made: Asad 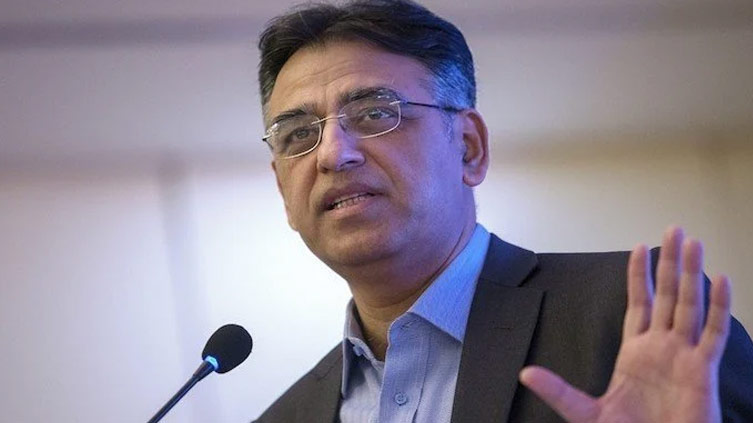 Arrest of Gill illegal, narrative of spat between Army, PTI made: Asad

Asad said that a narrative of spat between Army and PTI has been made.

LAHORE (Dunya News) - Pakistan Tehreek-e-Insaf (PTI) leader Asad Umar on Wednesday said that the arrest of PTI leader Shahbaz Gill emerged as a response to the win of PTI in Punjab on July 17, which is illegal.

He reiterated that the people of Punjab rejected the imported government and chose PTI in the election for the chief minister of Punjab.

He said that Shahbaz Gill was beaten while he was taken and added that the current government is trying make a big case of PTI.

He said that a narrative of spat between Army and PTI has been made.

Asad Umar said that a warrant is issued before arrest, while he claimed that a case is being made that PTI is a threat to the country. "You may disagree with what Shahbaz Gill said, but the use of force is not appropriate," he said.
He said that a true leader stood up against the conspiracy of the closed rooms. "Look at the statements of PML-N and PPP leaders, you will find the speeches, to understand the incident of the previous day, you have to look at the situation of 4 months.," he said.

While talking about the Election Commission of Pakistan’s decision, he said that the report presented by ECP has flaws and underscored four main points regarding the imperfection of the report in the PTI’s funding case.

Secondly, he said that the interpretation of the law carried out by ECP was erroneous. Thirdly, the commission exercised its power beyond limits while announcing the verdict.