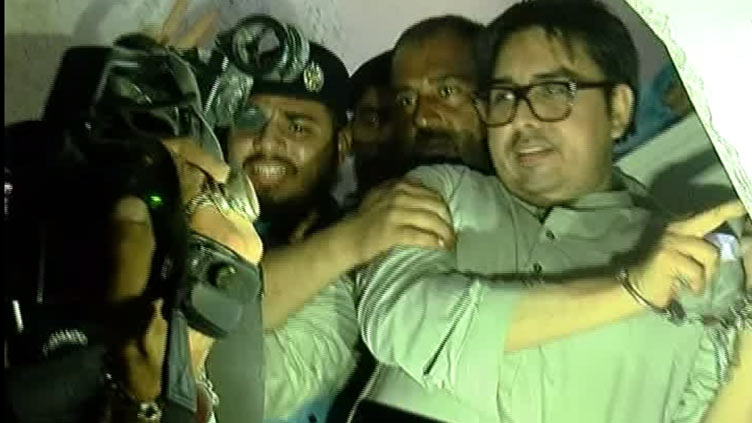 The police had sought 14 day physical remand of the politician.

Shahbaz Gill was arrested by Islamabad police on Tuesday over a case of incitement to rebellion registered against him in the Bani Gala police station.

The police had sought 14 day physical remand of the politician while counsels of Shahbaz Gill opposed police plea and argued that PTI leader has been arrested in a politically motivated case.

Earlier, Minister for Interior Rana Sanaullah said that Shahbaz Gill was arrested in a case lodged against him by the state.

Addressing a press conference in Islamabad on Tuesday flanked by Minister for Information and Broadcasting Marriyum Aurangzeb, he that it is very clear that Shahbaz Gill promoted the narrative of maligning the armed forces in connivance with a private TV channel.

He said a malicious campaign was launched on the social media after PTI’s leadership was exposed in foreign funding and Tosha Khana cases.

Rana Sanaullah said a whole script was prepared under the direct supervision of PTI Chief Imran Khan. He said Shahbaz Gill and PTI leader Chaudhry Fawad Hussain were tasked to further this narrative through a private TV channel.

He said Shahbaz Gill’s provocative comments were broadcast more than once against a disciplined institution.