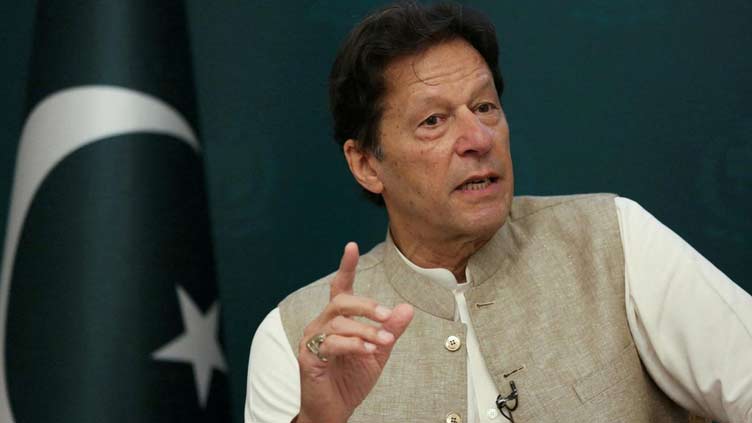 ISLAMABAD (Dunya News) – Former prime minister and Pakistan Tehreek-e-Insaf (PTI) chairman Imran Khan has said that the days of the imported government are numbered and there was no need to be afraid as the power of masses is with us.

A meeting of the PTI leadership was held under the chairmanship of the former prime minister. During the meeting, Babar Awan, Shireen Mazari, Asad Umar, Murad Saeed and other leaders participated through video link.

Speaking on the occasion, Imran Khan said that the government has come down to fascism and undemocratic behavior is being adopted with the political workers, adding that the fascist behavior of the government will not be tolerated in any way because the power of the people is with us.

The PTI chairman further said that the days of imported government are numbered and the August 13 power show will be held in any way.

Sources further added that the PTI has approached Federal Investigation Agency (FIA) over Shahbaz Gill’s arrest and the application has been prepared on behalf of Ali Nawaz Awan, whereas Faisal Chaudhry will lead the case.

Earlier, the former prime minister had termed party leader Shahbaz Gill’s arrest as “abduction”. Imran Khan shared the video statement of Gill’s driver who claimed that the PTI leader was tortured and dragged out of the car.

“This is an abduction not an arrest. Can such shameful acts take place in any democracy? Political workers treated as enemies. And all to make us accept a foreign-backed government of crooks."

Earlier, the former SAPM was arrested by Islamabad police and a case of incitement to rebellion had been lodged against him in the Bani Gala police station.

PTI leader and former minister Fawad Chaudhry alleged that Gill was arrested by the personnel in civil dress and he was tortured at Bani Gala Chowk. He further added that the PTI leader was dragged out of the vehicle.