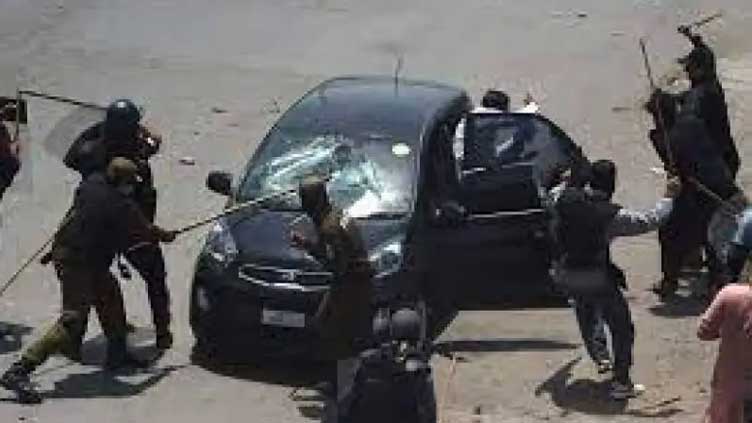 Lahore (Dunya News) – Following the arrest of former SAPM and Pakistan Tehreek-e-Insaf (PTI) leader Shahbaz Gill, Punjab government has ordered the immediate arrest of those involved in May 25 incidents.

It may be recalled that after the no-confidence motion against Pakistan Tehreek-e-Insaf (PTI) chairman Imran Khan was successful, the former prime minister held successive rallies across the country and announced that a long march would be held on May 25. Before the long march, the then PML-N-led Punjab government and Shehbaz government launched a crackdown and arrested many workers including dozens of leaders.

At that time Imran Khan ended the long march after reaching Islamabad and said that a long march will be held again. During this time, PTI accused the federal government of violence against its workers and top leadership.

The PTI leadership said that Interior Minister Rana Sanaullah, Hamza Shahbaz, Ataullah Tarar and other leaders were involved in the violence on its workers and senior leadership.

In latest development, after the arrest of Shehbaz Gill, the Punjab government while taking a big decision decided to immediately arrest the people involved in May 25 violence.

Sources privy to development stated that Punjab CM Chaudhry Pervaiz Elahi ordered the arrest of those involved in May 25 violence against PTI workers.

On the other hand, the Punjab Home Minister Hashim Dogar has said that action will be taken if May 25 violence was carried out on the orders of political figures or the police.

He also hoped that he will receive the report into the May 25 violence in a day or two.

Dogar also alleged the federal government of trying to drag the country towards civil war.