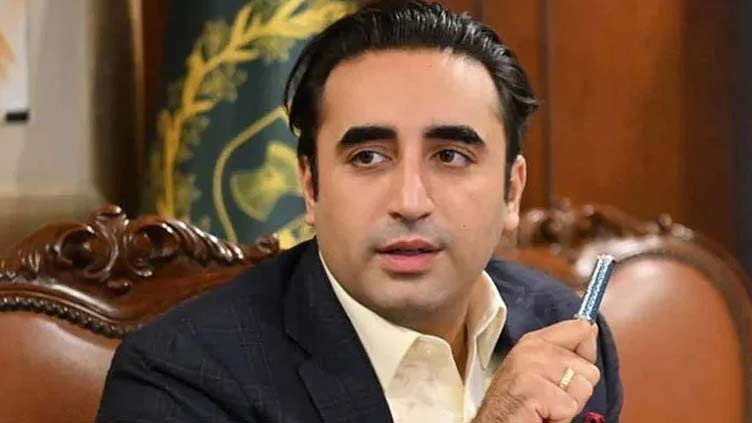 ISLAMABAD (Dunya News) – Foreign Minister Bilawal Bhutto Zardari has addressed a letter to the Secretary-General of the Organization of Islamic Cooperation (OIC), H.E. Hissein Brahim Taha, apprising him about the dire situation in the Indian Illegally Occupied Jammu and Kashmir (IIOJK).

In the letter, the Foreign Minister recalled that three years ago, on 5 August 2019, India imposed illegal and unilateral measures in IIOJK. Accompanied by a brutal military siege and draconian curbs on fundamental freedoms of the people of the occupied territory, these measures were followed by additional unlawful actions including illegal demographic changes, and grave atrocities in the form of incarceration of Kashmiri leadership; extra judicial killings; enforced disappearances; arbitrary detentions; and staged ‘cordon-and-search’ operations. He noted that India’s actions are in blatant violation of international law, including relevant resolutions of the UN Security Council and the 4th Geneva Convention, as well as the OIC resolutions.

The Foreign Minister also recalled that the Resolution titled “The Jammu and Kashmir Dispute”, adopted by the 48th Session of the OIC Council of Foreign Ministers in Islamabad on 23 March 2022, rejected “the illegal and unilateral actions taken by India on August 5, 2019 and subsequent steps to change the internationally recognized disputed status of the Indian Occupied Jammu and Kashmir and to alter the demographic structure of the occupied territory.” It also demanded “India to reverse all illegal and unilateral measures taken on or after 5August 2019” and “take concrete and meaningful steps for the full implementation of UNSC resolutions on Jammu and Kashmir.”

Appreciating the consistent and principled position of the OIC in support of the just and legitimate struggle of the Kashmiri people for their inalienable right to self-determination, the Foreign Minister called upon the OIC to continue to stand in solidarity with the people of IIOJK and lead the diplomatic effort for finding a lasting solution of the Jammu and Kashmir dispute in accordance with the relevant UNSC and OIC Resolutions.

The Foreign Minister urged the Secretary General to Honour the history of countless sacrifices and valiant efforts of the Kashmiri people by taking further steps from the OIC platform to help address the humanitarian needs of the people of IIOJK, and seek access to the occupied territory for an OIC fact-finding mission.