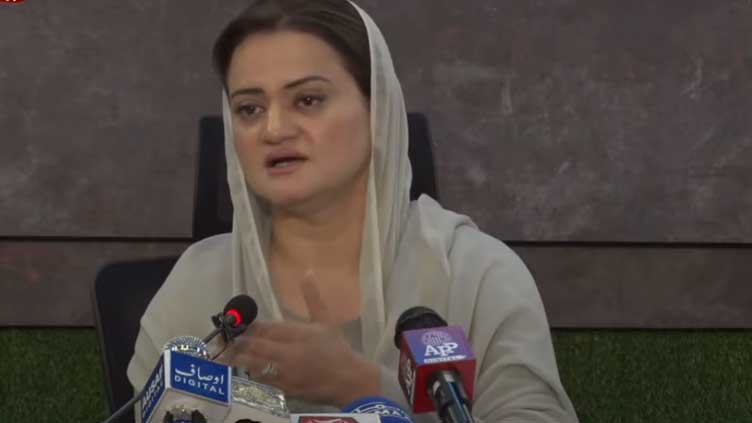 ISLAMABAD (Dunya News) - Following the Election Commission of Pakistan (ECP) verdict on the Pakistan Tehreek-e-Insaf (PTI) prohibited funding case, the incumbent government has decided to send a declaration against the PTI to the Supreme Court of Pakistan.

In a press conference after the federal cabinet meeting, Minister for Information Marriyum Aurangzeb said that after the consultation with legal time the government has decided to take action against the PTI leadership under Articles 2, 6, 15 and 17 of the Political Party Order 2002, adding that PTI has been declared as a party receiving foreign aid, and now the government is bound to send a declaration against the PTI to the Supreme Court of Pakistan.

“This is a matter of law and order, not political rivalries. Sixteen accounts were not declared which were opened in the name of senior leadership, including Imran Khan. Money kept coming in the name of Imran Khan’s employees and was not declared, according to the verdict,” she added.

Meanwhile, the minister said that another important decision that was taken in the cabinet meeting was that the Federal Investigation Agency (FIA) will be given the task of investigating the funding case.

“Cabinet has given instructions to the FIA and interior ministry to conduct an independent inquiry and investigation into money laundering, fake accounts and misappropriation of funds.”

Aurangzeb revealed that all the financial institutions such as the FIA and the National Accountability Bureau (NAB) had begun probing all the individuals involved in the crime.