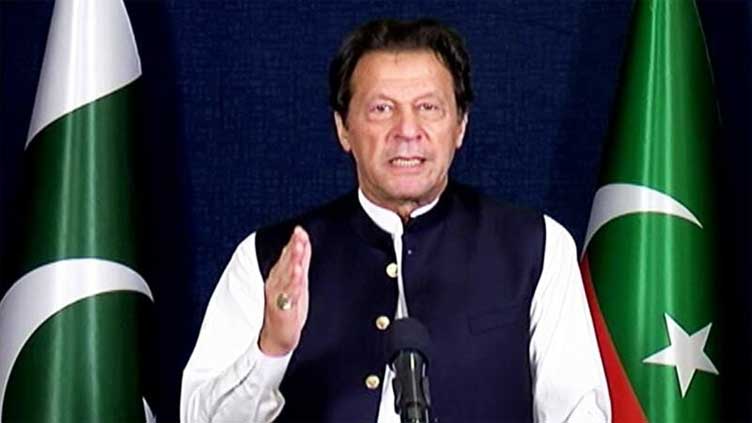 In an interview with a private TV channel, Imran while reacting to the ECP verdict said that the Election Commission of Pakistan (ECP) levelled foolish allegations against PTI. He said that the commission compiled two reports, one of them declaring PTI a foreign-funded party was included at the behest of ‘someone’.

“Affidavit was signed for declaring the ownership of the assets and another for confirming the party accounts. Shaukat Khanum has a budget of Rs18 billion. Am I an accountant to see the whole budget? I was given a briefing about the accounts which I will definitely confirm,” he added.

Taking a swipe at CEC Sikandar Sultan Raja, the PTI chairman said “ECP was involved in the conspiracy with the ‘imported government’ against PTI as the institution was deliberately delaying the funding reports of the ruling Pakistan Muslim League Nawaz (PML-N) and Pakistan People’s Party (PPP).”

He reiterated his call for the organisation of free and fair elections to end the crisis in the country. “We are ready for talks if the date of fresh elections is announced. Shehbaz Sharif and Asif Ali Zardari are reluctant to announce the fresh elections due to fears of facing defeat.”

Regarding the reports of his inclusion in the Exit Control List (ECL), the PTI chief said that he has not planned to go abroad and the government was free to add his name to the ECL.