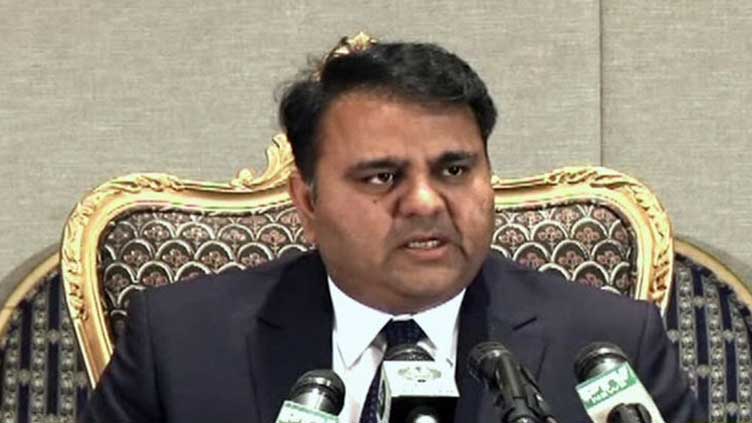 ISLAMABAD (Dunya News) - Pakistan Tehreek-e-Insaf (PTI) leader Fawad Chaudhry on Wednesday accused the Election Commission of Pakistan (ECP) of making alterations in the verdict regarding the prohibited funding case saying that the decision was something else but it was changed at the behest of Law Minister.

According to Fawad Chaudhry, the decision given by ECP in such haste was actually demanded by PDM in a meeting with the Chief Election Commissioner (CEC). He further posed a question that how can CEC meet during pending cases?

“ECP has no authority to send a reference to the government,” he added.

The PTI leader said they will record a strong protest against it, tomorrow, adding that a reference has been filed against the CEC and Member Sindh. How can they sign the decision, he questioned.

“We will challenge this decision. You cannot ban PTI and Imran Khan,” said Fawad Chaudhry.