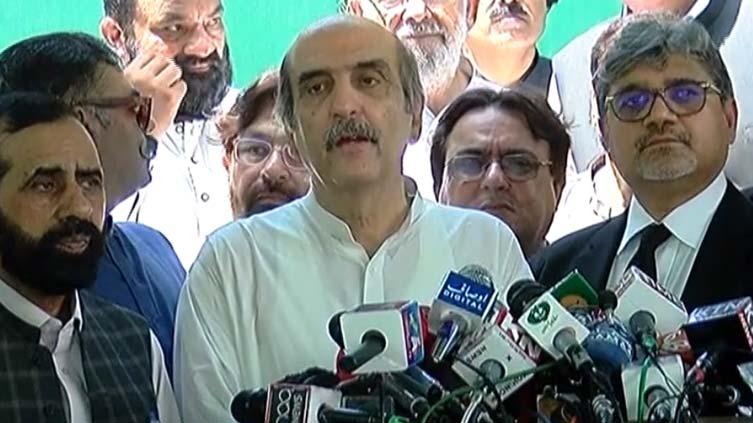 "An independent election commission has framed charges against the PTI," Akbar Babar said.

ISLAMABAD (Dunya News) - Petitioner prohibited funding case, Akbar S. Babar has demanded Pakistan Tehreek-e-Insaf (PTI) Chairman Imran Khan to step down and hand over his party to the ideological workers of his party.

"The election commission’s decision has built a wall before the fascism, now the constitutional institutions will decide the matter on proof" he said. "The decision that announced today has buried the doctrine of necessity, it is an eye opener for the PTI workers," he said.

"An independent election commission has framed charges against the PTI,” he said. “The time has ripe for a regime change in the PTI," he said. "I demand Imran Khan to step down and handover the party to its ideological workers," he stated.

Akbar S. Babar has stated, "the election commission’s decision has verified my allegations." The decision has also confirmed that the PTI had kept its accounts secret.

"I had no personal interest in this case, I have proved right after a struggle after eight years with the power of truth," he said.

"The ECP has confirmed that the PTI had spoken untruth on massive scale. All certificates submitted by Imran Khan with his signatures were false. He had issued threats to the election commission and the chief election commissioner" petitioner stated.

ECP, in its unanimous verdict, ruled that the party received funds from business tycoon Arif Naqvi and from 34 foreign nationals. It went on to say that the party had taken ownership of eight accounts and kept 16 hidden.
Unknown accounts have also come to light, said the commission in its verdict, adding that hiding accounts is a "violation" of Article 17 of the Constitution.