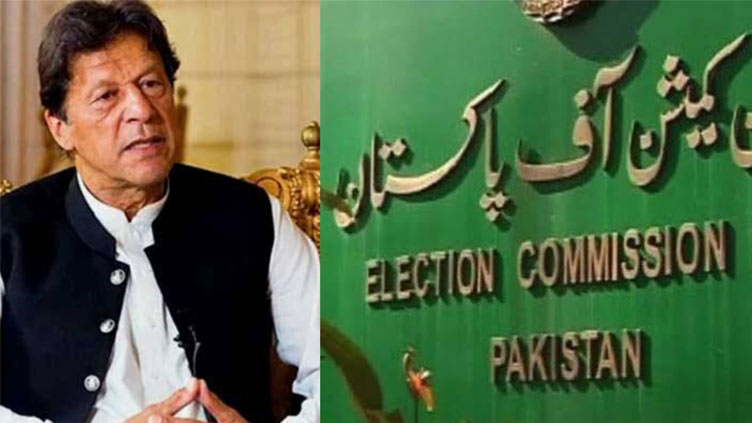 The The electoral watchdog also decided to issue a show-cause notice to the PTI to explain why the commission should not seize the funds it received.

The Election Commission of Pakistan had reserved its verdict in prohibited funding case — previously referred to as the foreign funding case — after the conclusion of arguments from both sides of the case on June 21.

In March 2018, a scrutiny committee was constituted to examine the PTI financing. The committee submitted its report on January 4, after 95 hearings and nearly four years.

PTI spokesperson on legal issues Maleeka Ali Bokhari said that this is not a foreign funding case and another PDM propaganda has been exposed.

"Headlines were made in newspapers that PTI received foreign. We have been clear that this a prohibited funding case. Today it has been proved that the biased Election commission applied Elections Act 2017 and Political Parties Ordinance 2002 on PTI and these rules are not applied on any other party."

"Today it was a big disappointment to those who were making the narrative that this is a case of foreign funding and that PTI is going to be banned," said Farrukh Habib.

Fawad said, "PTI has relied on overseas Pakistanis and will continue to do so. ECP has admitted there’s no foreign funding involved."

"PTI is the only party that takes donations from the public while other parties have billionaires as their backers," said Fawad.

Senior PML-N leader Shahid Khaqan Abbasi has said the PTI received one hundred and fifty crore rupees from the sources which are not permissible under the law of Pakistan.

Shahid Khaqan Abbasi said the PTI created hurdles in the proceedings of the prohibited funding case and also put pressure on the Election Commission of Pakistan.

He said the whole conspiracy stands exposed before the masses as the funds were received by the PTI from foreign nationals and companies to do politics in Pakistan.

Petitioner prohibited funding case, Akbar S. Babar has demanded Pakistan Tehreek-e-Insaf (PTI) Chairman Imran Khan to step down and hand over his party to the ideological workers of his party.

"The election commission’s decision has built a wall before the fascism, now the constitutional institutions will decide the matter on proof" he said. "The decision that announced today has buried the doctrine of necessity, it is an eye opener for the PTI workers," he said.

"An independent election commission has framed charges against the PTI,” he said. “The time has ripe for a regime change in the PTI," he said. "I demand Imran Khan to step down and handover the party to its ideological workers," he stated.

PTI Chief Imran Khan is demanding removal of Chief Election Commissioner (CEC) for months, accusing him of being biased towards the PML-N.

He has alleged that CEC was “incompetent” and “dishonest”.

Last week, the PTI also decided to move a reference against CEC Sikandar Raja in the judicial commission. The party also got resolutions against the CEC passed from Punjab and Khyber Pakhtunkhwa Assemblies, where it has the majority.

On the other hand, the ruling coalition had been urging the election commission to announce a verdict in the case without any further delay.