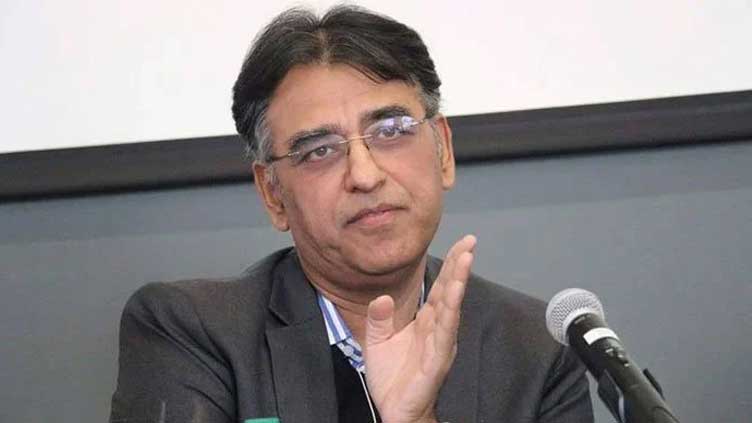 Asad Umar said that the NA speaker had no right to not accept other resignations.

ISLAMABAD (Dunya News) - Pakistan Tehreek-e-Insaf (PTI) General Secretary Asad Umar on Monday filed a petition in Islamabad High Court (IHC) against the acceptance of only 11 resignations of the PTI MNAs by the National Assembly (NA) speaker.

Speaking on the occasion, Asad Umar said that the NA speaker had no right to not accept other resignations.

He stated that as many as 125 MNAs of the PTI had resigned from the National Assembly.

“The number hit 131 after six more MNAs submitted their resignations,” he added.

He alleged that the NA speaker accepted 11 resignations of his choice which, what he stated, was illegal.

Asad Umar said that PTI Chairman Imran Khan resigned to uncover the conspiracy and did not want to be a part of it. "Imran Khan mobilized people and its result has been displayed in the Punjab by-polls," he added.

He said that the Election Commission has become a competitor and it is not just biased but ECP itself is a party.

Requesting the masses, he said that the people must show resentment on this, the decision will soon be announced. He said that this nation wants a new mandate. "People must decide that who is the their leader," he said.