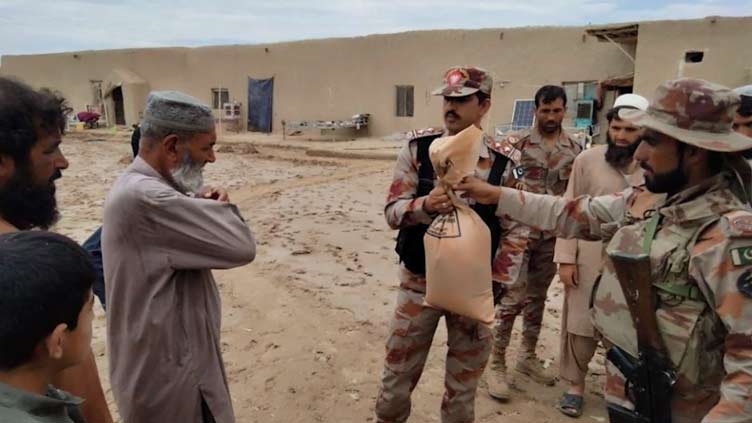 RAWALPINDI (Dunya News) – The Pakistan Army troops are assisting the civil administration in rescue and relief efforts in the flood affected areas of Balochistan and Gilgit Baltistan.

According to a statement issued by the Inter-Services Public Relations (ISPR) on Wednesday, the Army and Frontier Corps (FC) Balochistan Emergency Response teams were constantly busy in dewatering, and supplying basic food necessities and medical care to the affected population.

The accumulated rain water was being drained from the affected areas through dewatering pumps and tankers.

“More than 700 families trapped during floods in Bolan, Lasbela, Othal and Jhal Magsi and Ghizer were shifted to safe places,” ISPR said. 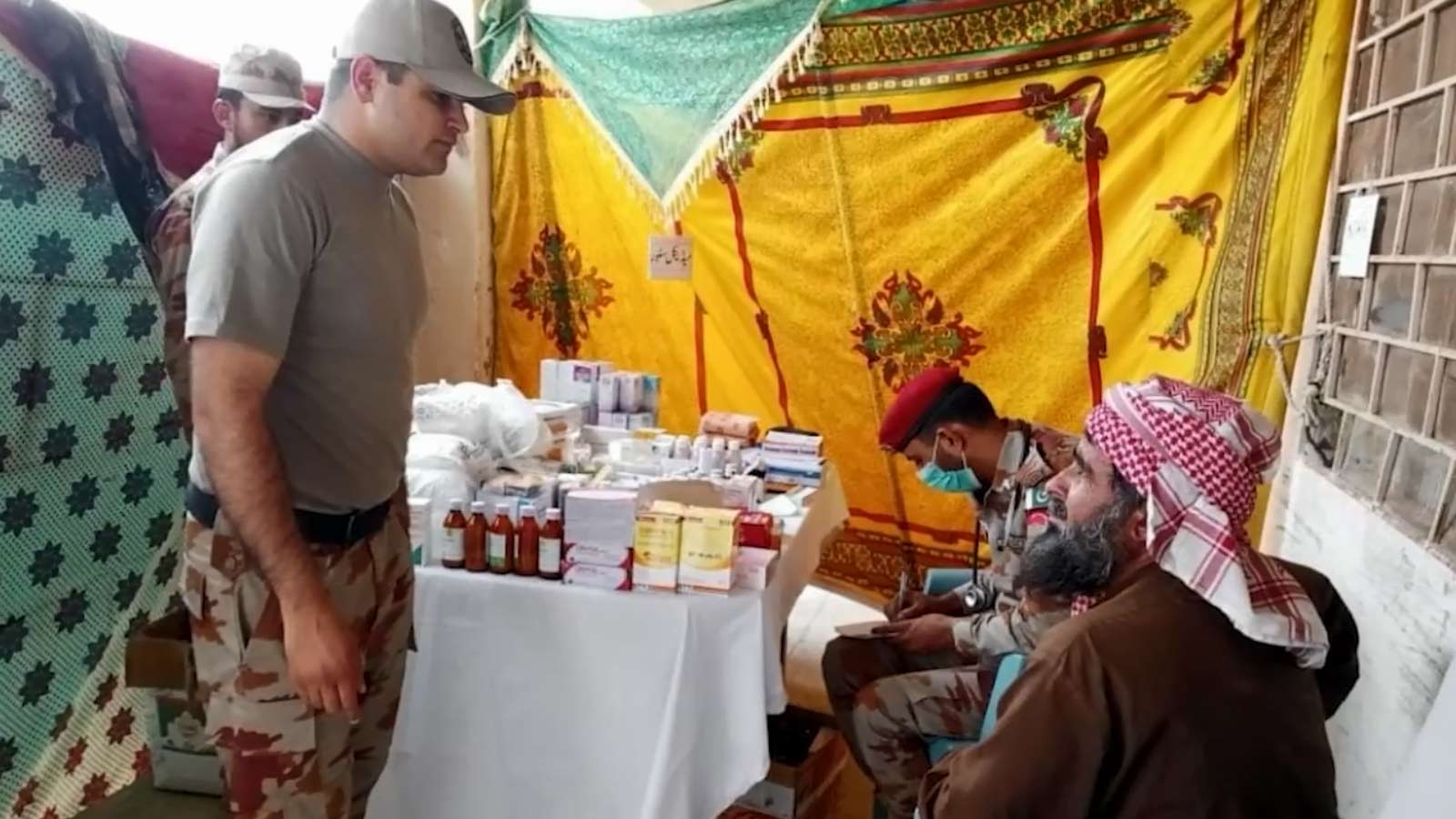 It added that the Pakistan Army had established free medical camps at Hub, Lasbela, Othal, Zero Point, Deodar and Ghizer (GB) where people were being provided medical facilities and free medicines.

So far, 7.5 tons of food items, shelters and other relief materials had been provided in Lasbela, Othal, Jhal Magsi, Khuzdar and other affected areas, the news release said.

Moreover, standby response teams were stationed at various locations in Balochistan for relief activities and to counter any emergency situation due to flooding.