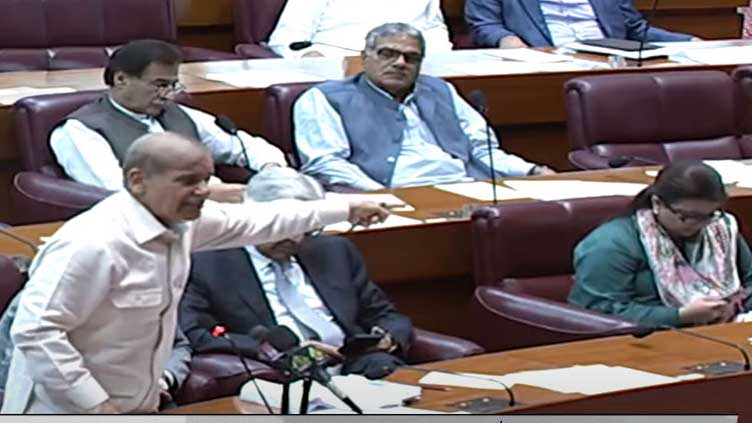 Responding to points raised by several members on the floor of the House this evening, he said the federal government will increase the already announced relief package for the flood affected people. He said a meeting has been convened tomorrow to discuss the provision of relief to the affected people.

He said the federal government, through the National Disaster Management Authority, will work with the provincial governments to help the farmers who suffered losses due to rains.

Shehbaz Sharif also assured the lawmakers that their recommendations will be given due consideration in taking decisions at tomorrow’s meeting.

Despite prevailing mammoth economic challenges, he said the government would make Pakistan emerge a great country, without bowing before fascism and propaganda by the leadership of Pakistan Tehreek-e-Insaf.

The PM said the united opposition had accepted the challenge of assuming the government just to save the state as the country was on verge of the default with record inflation and unemployment.

He said the PTI government violated the constitution through the National Assembly deputy speaker and the president by dissolving the Assembly.

He also questioned whether the court summoned the NA deputy speaker like they did to the Punjab Assembly deputy speaker, who had decided against counting 10 votes by the PML-Q lawmakers in the chief minister’s election citing a letter from Chaudhry Shujaat Hussain advising the members to vote Hamza Shehbaz.

The prime minister said if the system continued without reformation, ensuring the sanctity of law and constitution, “we will be nowhere in history.”